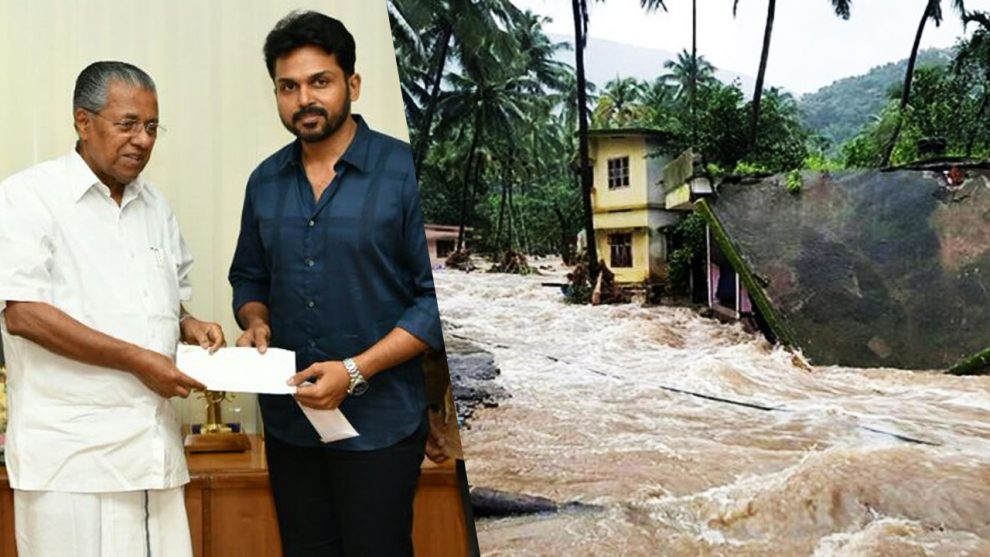 Incessant rains and overflowing rivers have caused widespread destruction in Kerala, leaving about 1.5 lakh people stranded and in a state of loss

Several Kollywood celebrities joined hands to extend their support to the needy and made generous contributions to the Kerala Chief Minister’s relief fund (CMDRF).

As promised earlier, actor Karthi donated Rs 25 lakh to the flood victims on Thursday. On behalf of his brother Suriya and himself, Karthi met Kerala Chief Minister Pinarayi Vijayan in Kerala and handed over a cheque of Rs 25 lakh towards the relief fund.

Pictures of the same are viral on social media. 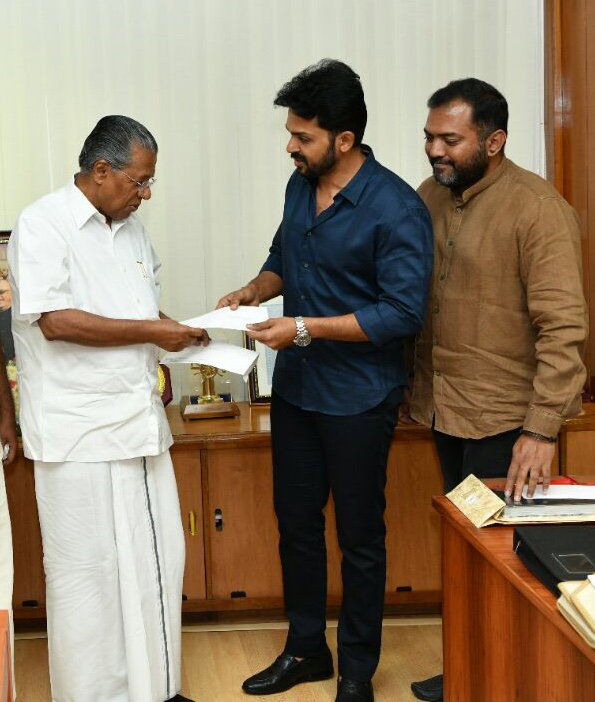 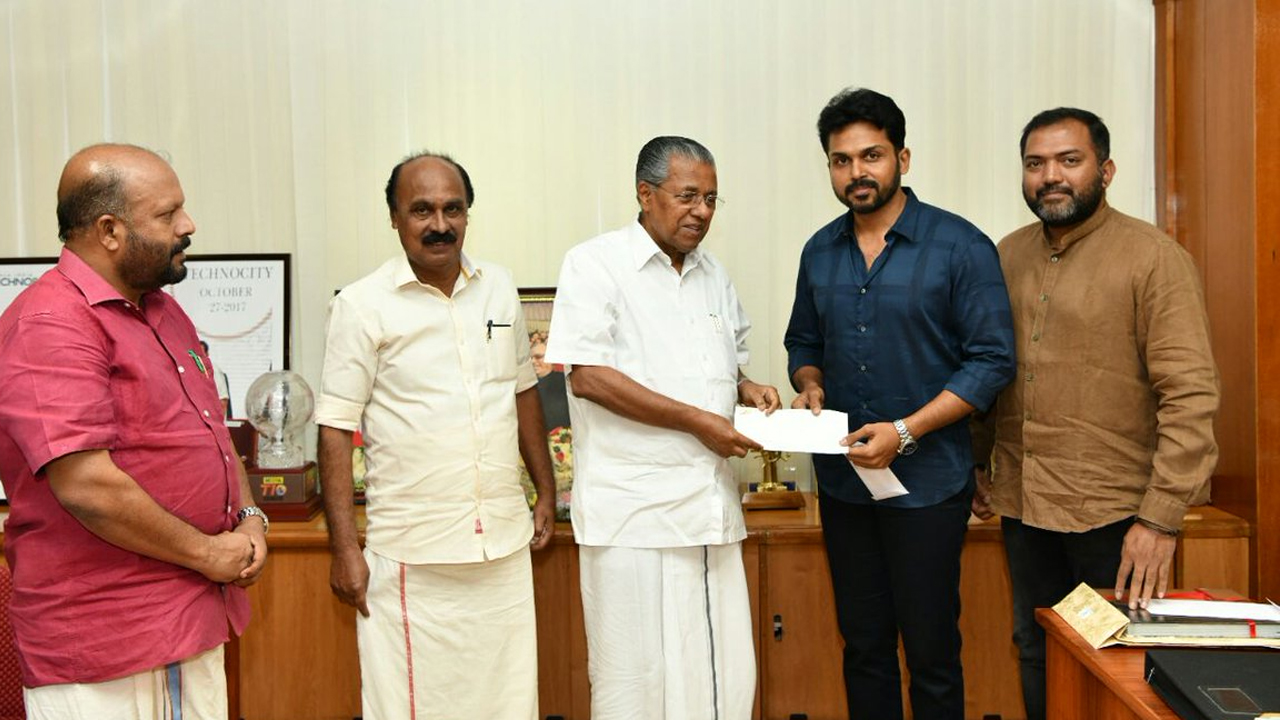 The actor had also met AMMA president, actor Mohanlal and handed over a cheque of Rs 10 lakh to the association. 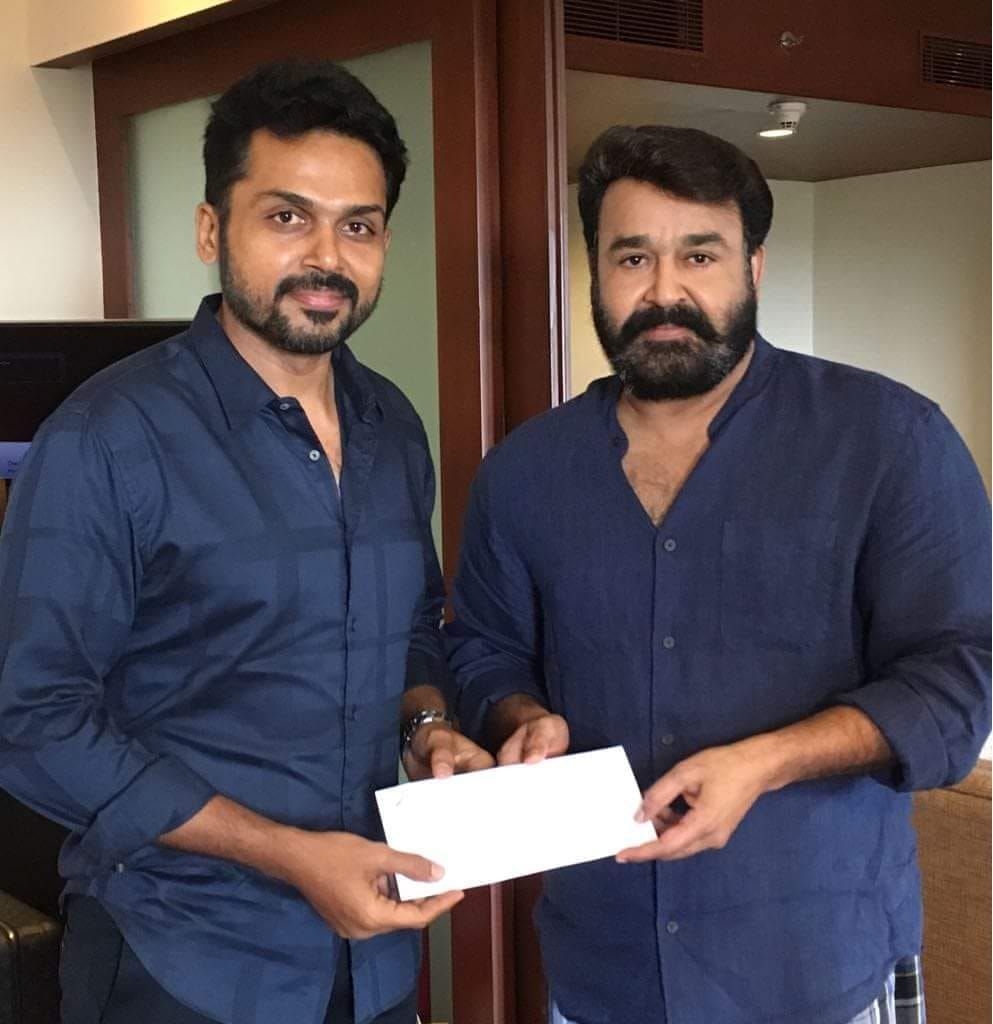