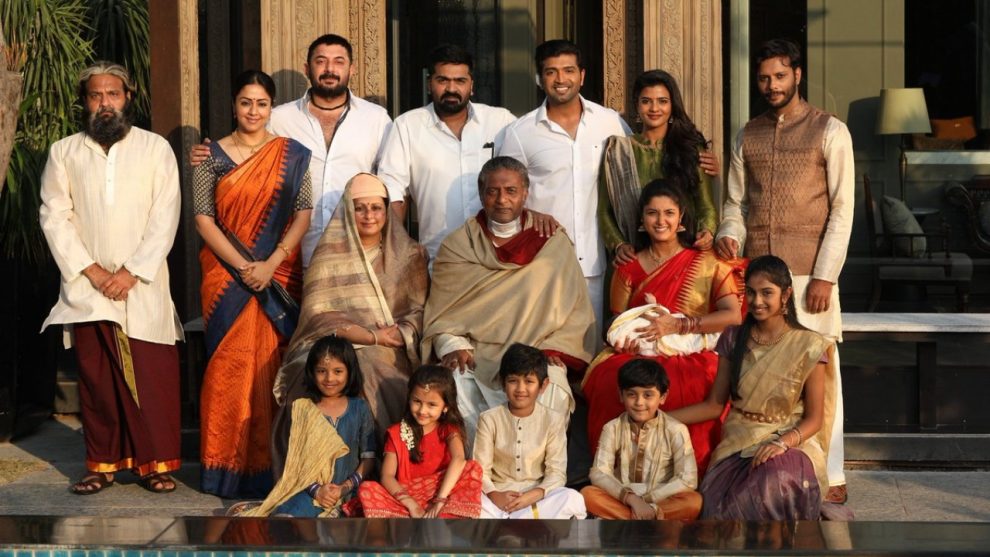 Mani Ratnam’s upcoming movie Chekka Chivantha Vaanam has been making waves in tinsel town. The trailer of the movie released recently and has been fetching rave reviews from all around.

Now, the makers of the movie have confirmed that the trailer of Chekka Chivantha Vaanam has hit a new milestone. They have announced that the trailer has crossed 5 million views on YouTube and is trending in the Number 1 position consistently.

“#CCVTrailerHits5Million At 5 million views and 240k likes, #CCVTrailer is trending at No.1 on @YouTube! Thank you, people! Stick around, we have more coming up… https://youtu.be/x2q5w-ThJeE  #ChekkaChivanthaVaanam #CCV #ManiRatnam @thearvindswami #STR #VijaySethupathi @arunvijayno1 (sic.)” they had said in their tweet. 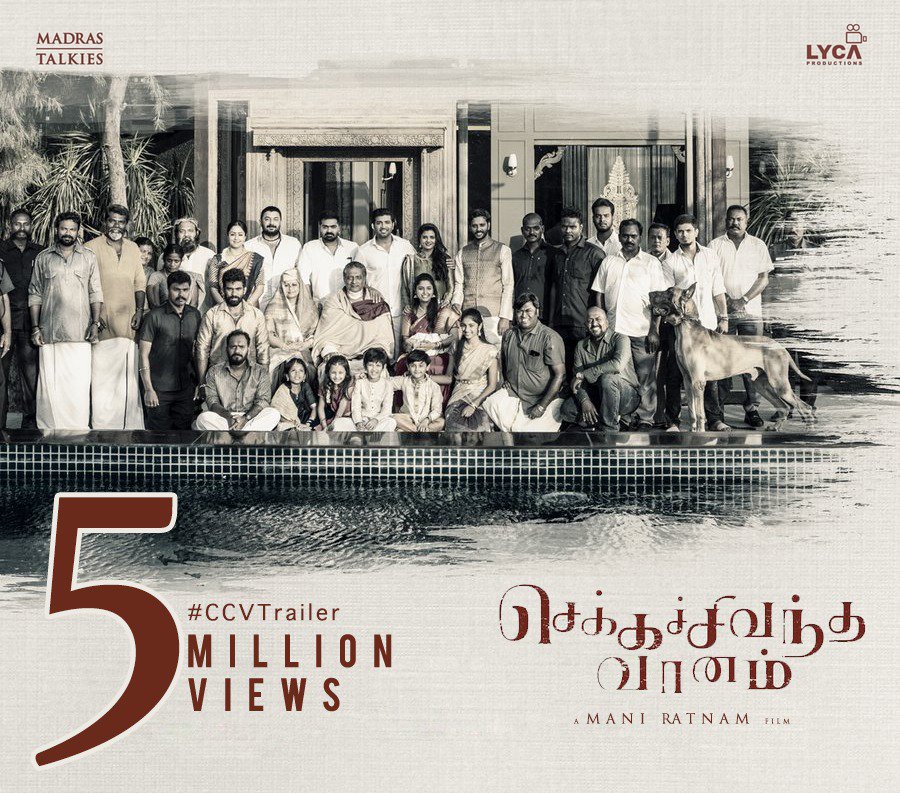 Boasting of an impressive star cast, Chekka Chivantha Vaanam has music by A.R. Rahman. The Mani Ratnam- ARR combo has given us some stellar songs in the past and fans can’t wait to see the magic repeat on screen.

The lead pairs include Arvind Swami and Jyothika, Arun Vijay and Aishwarya Rajesh and Simbu with Dayana Erappa. There also seems to be a romantic twist between Arvind Swami and Aditi Rao Hydari, who likely plays a reporter in the movie.

Revered actor Prakash Raj plays the father of the 3 men and Vijay Sethupathi is introduced as the 4th lead, playing a police officer.

Recently, the makers also shared a video of actress Jyothika talking about the movie. More updates regarding the audio and release date of the movie are awaited. If you haven’t watched the trailer yet, watch it here.

Udhayanidhi Stalin’s next is with this critically acclaimed director!
Director Mani Ratnam and Suhasini celebrate 30 years of togetherness
Comment