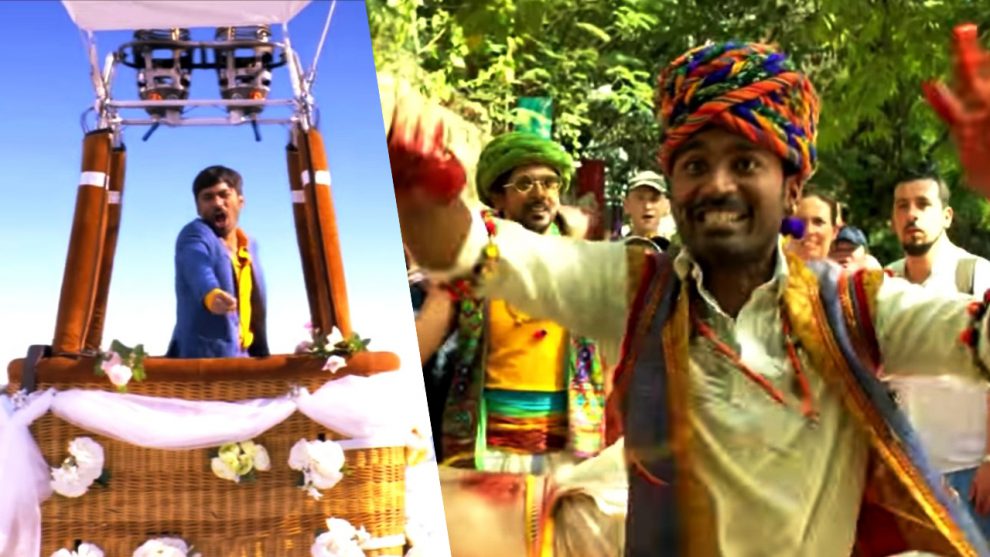 The movie’s poster was recently released by Dhanush through his Twitter page. His naughty eyes and colorful Rajasthani turban in the poster have already impressed the audience.

In The Extraordinary Journey of the Fakir, Dhanush plays the role of a street magician, Ajatashatru Lavash Patel.

The teaser begins with the kid version of Dhanush’s character, who comes from a very modest background in Mumbai. In the video, Ken Scott reveals about Dhanush’s character in the movie, saying, “He knows nothing else but his neighborhood.” He also added, “Working with Dhanush and so many other actors from so many different cultures was truly inspiring.”

In Tamil, Dhanush is currently shooting for Maari 2, the sequel to his super hit 2015 release Maari directed by Balaji Mohan.

TagsDhanush Maari 2 The Extraordinary Journey of the Fakir