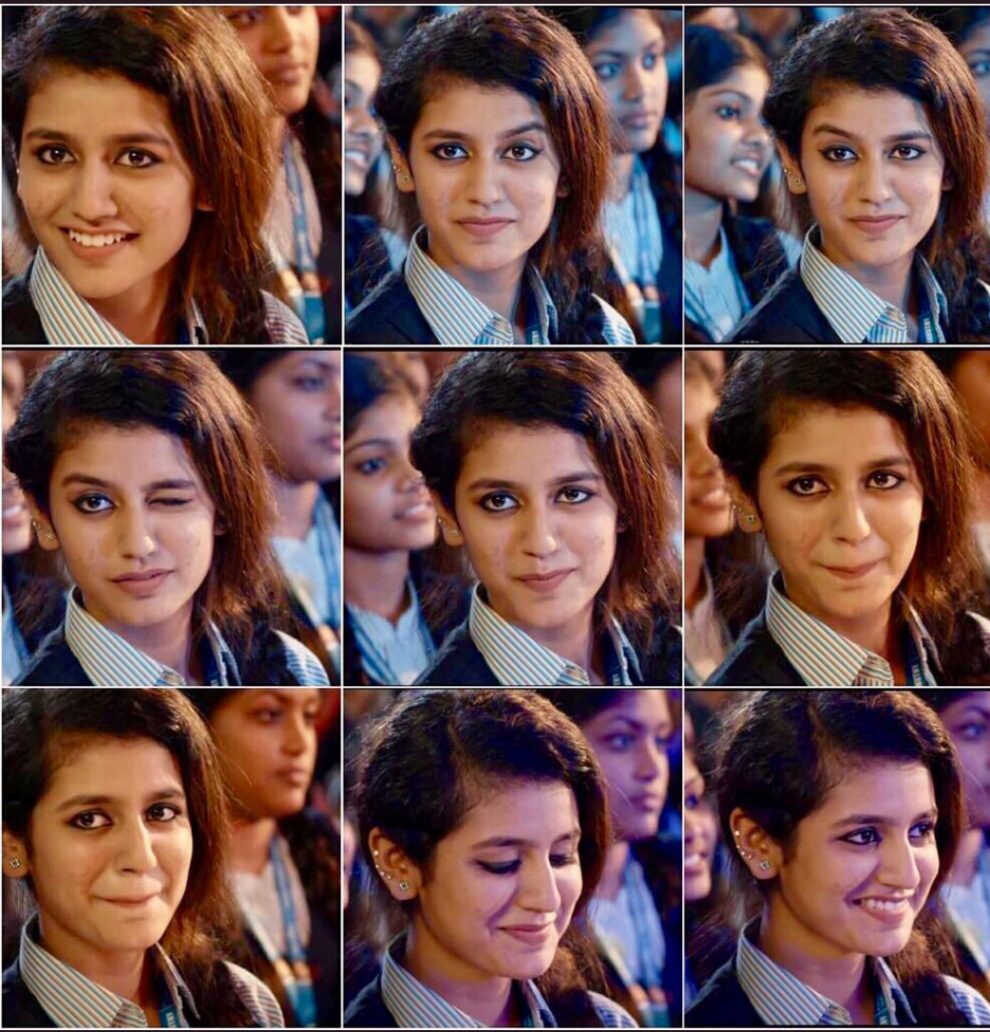 Actress Sai Pallavi rose to fame overnight after the release of her debut Premam (2015), directed by Alphonse Puthren. The actress who played the role of Malar teacher in the Nivin Pauly starrer, created waves not only in Kerala but also outside, especially Tamil Nadu.

Now, here’s another actress from Malayalam cinema, who has become a Nationwide sensation! It is the pretty face Priya Prakash Varrier, who has become everyone’s sweetheart in a matter of hours.

On Valentine’s day week, Oru Adaar Love movie team released a romantic video song from the movie.  The song “Manikya Malaraya Poovi”  that features  Priya Prakash Varrier is ruling the internet for all the right reasons.

The song which is set in the backdrop of high school romance captures some lovely expressions of Priya Prakash that will melt your heart. In a matter few hours, the song created waves on social media and her expressions have become the talk of the town.

The gorgeous actress took to her social media account to thank the audience for the overwhelming response. Priya wrote, “Thanks for Oru Adaar Love, I am stunned by the Over whelming Support across Social Media. Never knew my debut could be a National Trend #PriyaPrakashVarrier. Grateful to Omar Lulu Sir. Realized already so many twitter accounts of mine doing rounds.” (sic)

Oru Adaar Love is directed by Omar Lulu, who has delivered two superhits- Happy Weddings and Chunkzz. Featuring a bunch of new faces, Oru Adaar Love is a romantic entertainer, which has created a huge hype among audiences.

Oru Adaar Love is Priya Prakash’s debut as heroine. While her fans are eagerly waiting to know more about the actress, at this point, all we get to know is that she is a first-year undergraduate.

Check out the song ‘Manikya Malaraya Poovi’, composed by Shaan Rahman and sung by Vineeth Sreenivasan, that is trending top on YouTube India.