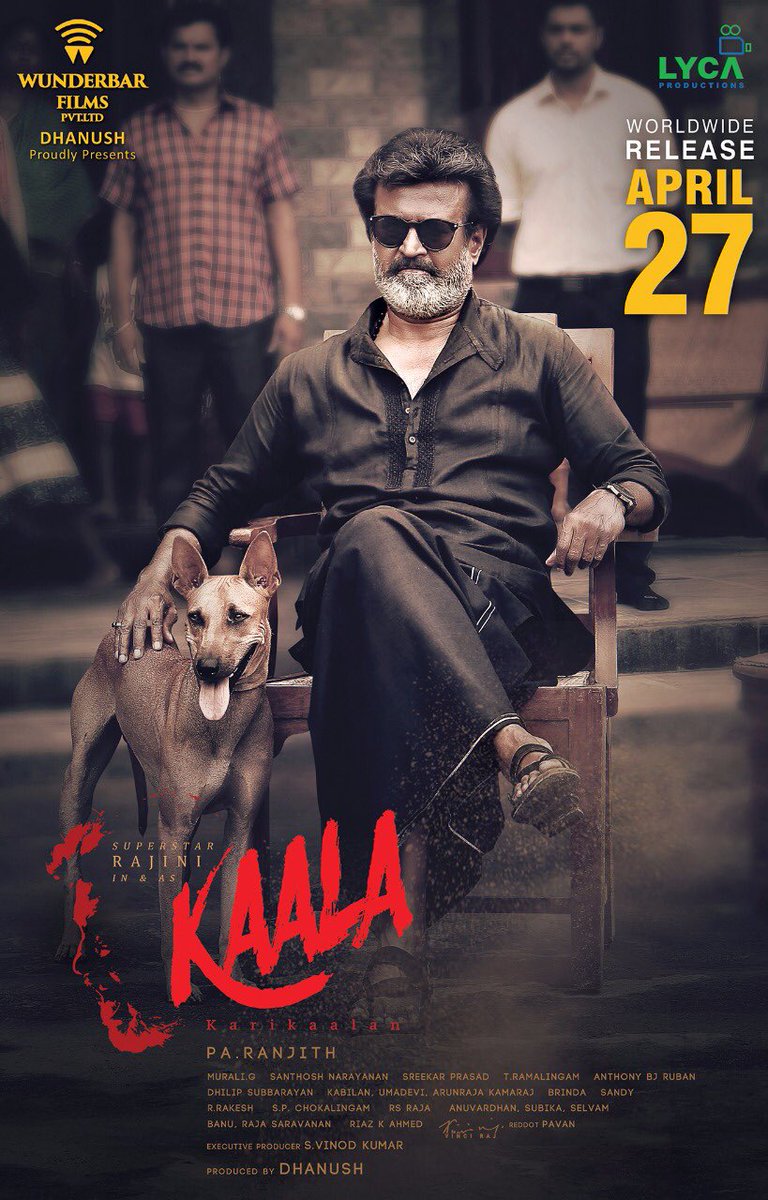 There is no dearth for updates when it comes to a Rajinikanth movie. Earlier this week, Santhosh had written a tweet expressing his gratitude to the team for letting him explore his musical expression.

Thank you @beemji , @VetriMaaran and @dhanushkraja for giving me all the freedom to explore my musical expression for #Kaala and #Vadachennai. I can’t wait to present to you the music of both the amazing films. Love you all – Will update details in the coming weeks 🙂

Then, in an announcement that took the internet by storm, Dhanush (the producer of Kaala), revealed that the movie will release on April 27.

Mark the date !! #kaalaa #april27 the don of dons is back #Superstar #thalaivar pic.twitter.com/FMakkwM5ee

Now, composer Santhosh Narayanan has yet again revealed an exciting detail about the movie. In fact, he has left it to the audience for it to become a detail. In order to include the public’s opinion on Kaala’s soundtrack, he is running a poll on the internet. From a list of ‘sounds’ he has asked the audience to pick the most fitting introduction tune for Thalaivar. Grab this chance to decide how you would like our Superstar to be introduced on screen.