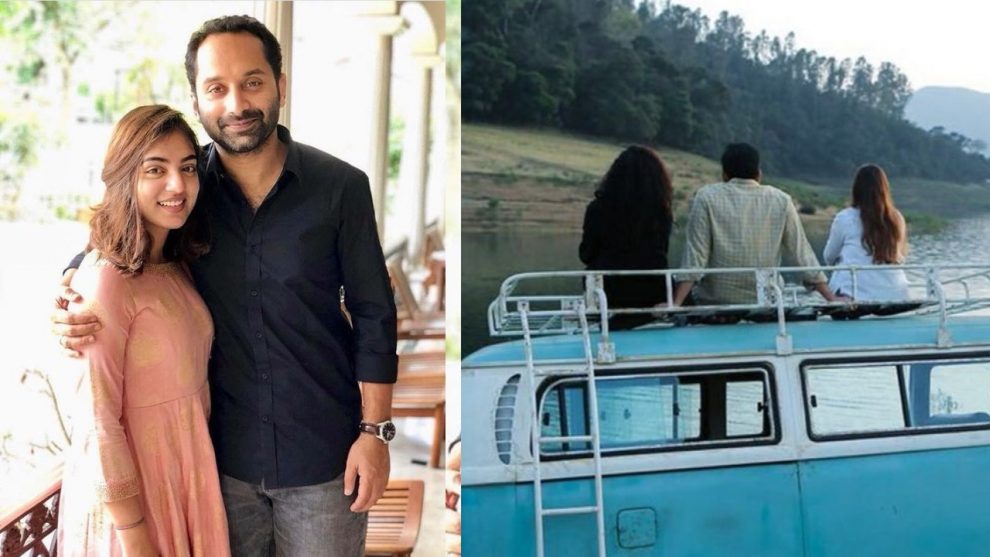 It is by now a well-known fact that Nazriya Nazim is making her comeback to the big screen with the movie Koode.

The actress had been staying away from acting post her wedding with Fahadh. After 4 years, she is all set to return and her fans couldn’t be happier.

The title of the movie was announced a few days ago, much to the delight of moviegoers. Starring Prithviraj, Nazriya, and Parvathy in lead roles, the movie is touted to be a tale of relationships. Nazriya will be seen as Prithviraj’s sister.

The movie is being directed by Anjali Menon, with whom Nazriya has already worked for Banglore Days along with husband Fahadh Faasil.

While Nazriya’s fans have been in a frenzy ever since the announcement was made, it looks like her biggest fan is in fact her husband Fahadh.

In an emotional post on social media, Fahadh shared the poster of the movie and wrote “Never before in my life I have had this kind of an excitement to share the first look poster of a movie. More than the great film it’s going to be and the great cast and technicians it has, my excitement is to see someone I love to watch on screen after four long years. She gave up this four golden years of her life to give me a home. I love you Nazriya with all i have and everything I am. All the best Anjali, Raju, Paru and My Own (sic.)”

This has to be the sweetest gesture and while her fans are rejoicing at her comeback, they were quick to notice this too. They have been expressing their support for this adorable couple all over social media and seem to be moved by Fahadh’s words.