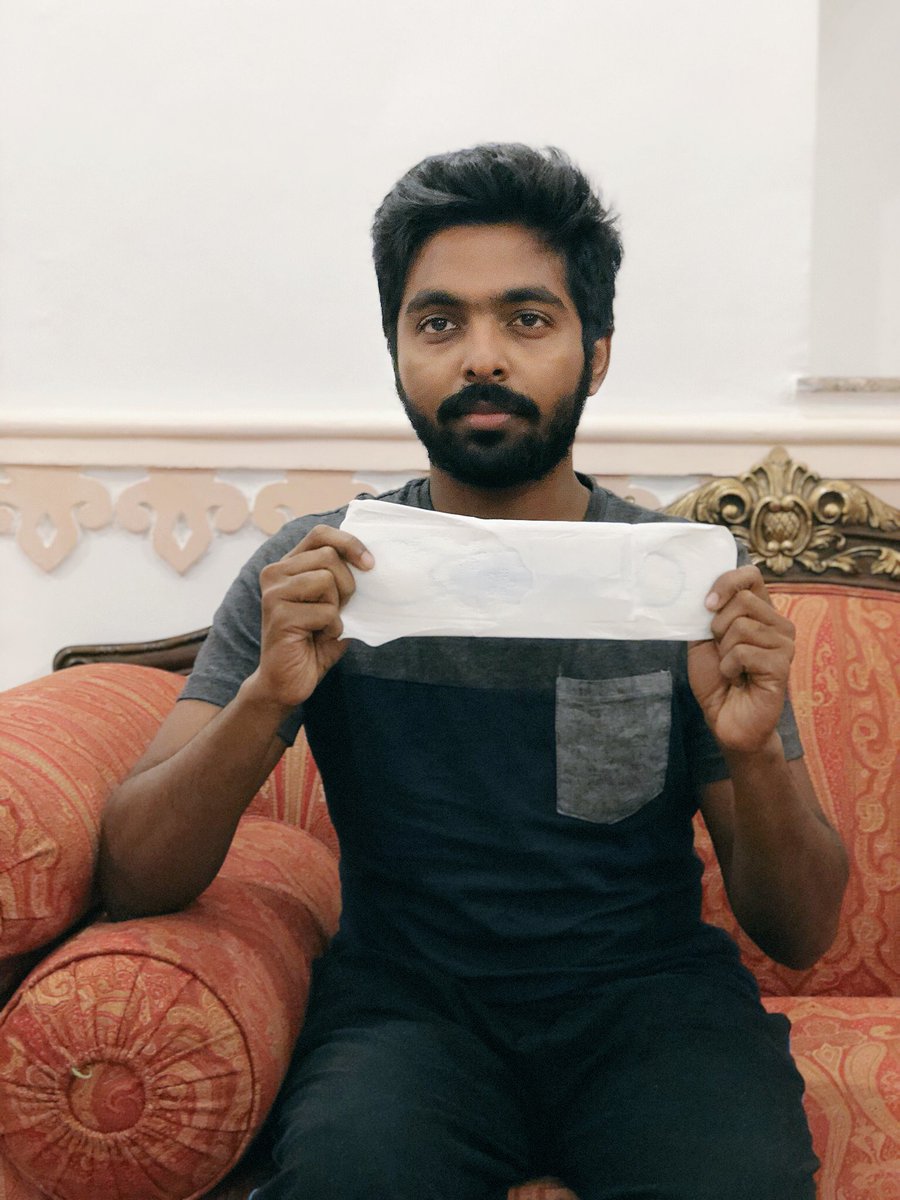 Acclaimed actor and music composer G.V.Prakash has always been vocal about social issues and has earned a cult status among today’s youth.

He raised his voice in support of the Neduvaasal and Jallikattu protests, he raised a sum of nearly Rupees 15 lakh and donated it to families affected by cyclone Ockhi.

Recently, there has been a challenge trending on social media, thanks to Bollywood star Akshay Kumar’s new movie Padman. Inspired from the real-life story of Muruganantham, Padman aims to negate the taboo surrounding menstruation in India.

Calling it the Padman challenge, Akshay Kumar had been challenging his colleagues to hold up a sanitary napkin and post a picture with it on social media with the caption- No shame, PERIOD.

G.V. Prakash has also gone ahead and nominated Kamal Haasan, S.S. Rajamouli and M.S. Dhoni to take up the challenge.

Interestingly, Muruganantham, the inspiration behind Padman, also hails from Tamil Nadu. He is known for his low-cost sanitary napkin making machines. His move has been credited all over the nation an an attempt to combat unhygienic menstrual practices and to make sanitary napkins available to every woman. So far, 23 out of 29 states have started using his machine and he wishes to expand all over the world.

Muruganantham has started a revolution and with the help of socially responsible stars like G.V. Prakash, the stigmas surrounding menstruation are slowly falling apart, one at a time.

Year of sequels in TAMIL cinema!!!
Are toilets in petrol pumps free for usage?
Comment