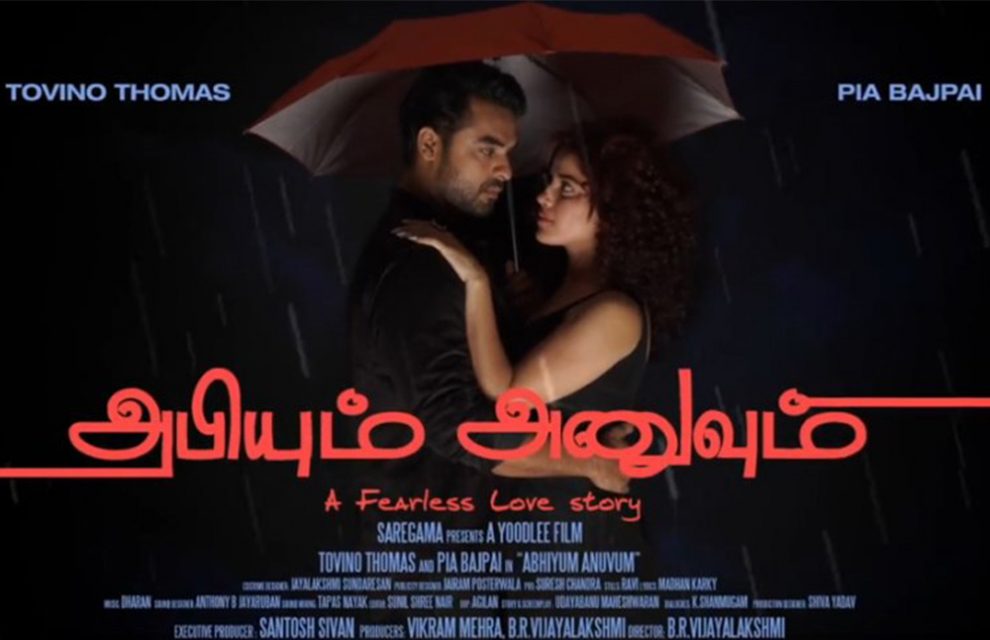 Ace director Gautham Menon has an eye for spotting unique things and now, an upcoming romance movie seems to have caught his eye.

Starring Tovino Thomas and Pia Bajpai in the lead, Abhiyum Anuvum is an upcoming bilingual movie directed by B.R Vijayalakshmi. The film marks the Tamil debut of Tovino Thomas as lead. According to reports, the movie focusses on the love story between Abhi and Anu, whose lives are diametrically opposite.

The first teaser of the movie was released last year and opened to a positive response. Expected to release on March 9, the team shared another teaser of the movie on Twitter today. Featuring the lead pair, the teaser gives us a glimpse at the hard-hitting roles essayed by the actors.

Tovino Thomas was last seen in Gautham Menon’s single Ulaviravu, opposite anchor Dhivyadharshini. Pia Bajpai is well-known for her roles in the films Goa and Ko.

The teaser seems to have impressed Gautham Menon, who shared it on his Twitter handle with an appreciative message. Check out his tweet here:

Long time since there’s been a good love story. This will be the one. 👌👍Here’s a teaser of “Abhiyum Anuvum” starring Tovino Thomas & Pia Bajpai.
And thought provoking too.
|| Releasing 9th March || pic.twitter.com/htyHeeV9kw