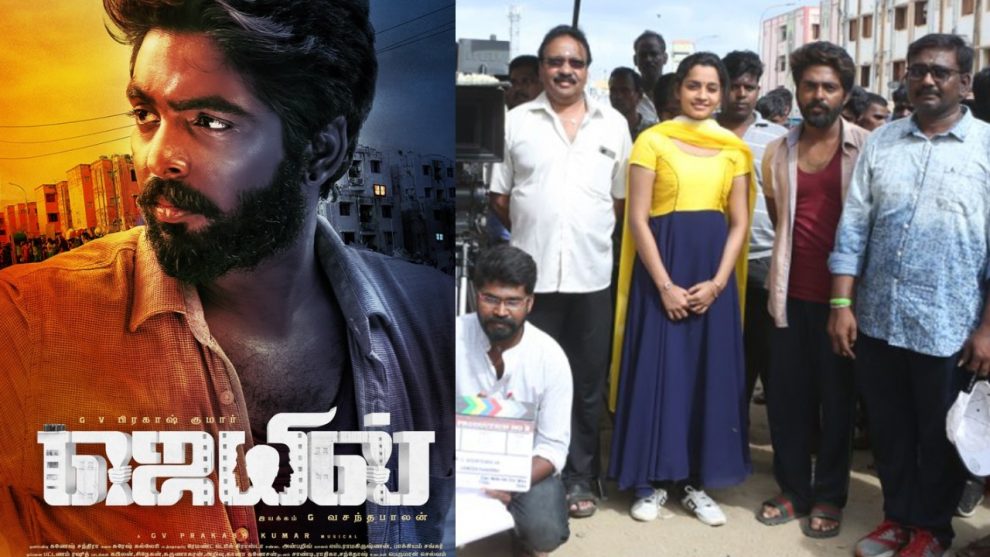 The movie is said to be a romantic action drama and the makers released the first look of the movie on August 3.

Featuring G.V. Prakash in a rugged avatar, the first look has already spiked the interest of the audience. Check it out here-

“Here goes the first look of my next with dir @vasantabalan sir … #jail #ஜெயில் .. going to be a very important film … produced by krikes (sic.)” , G.V. Prakash had tweeted.