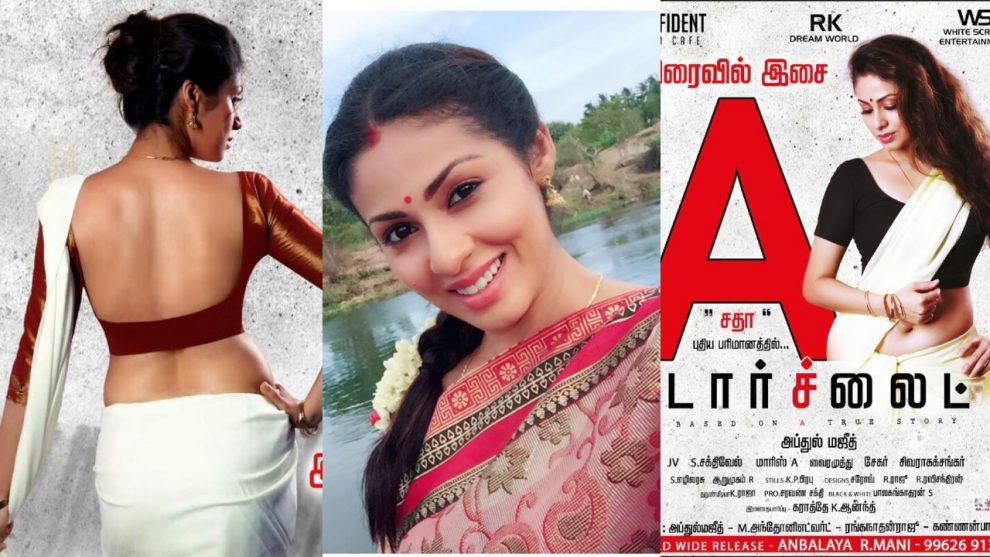 Actor Sadaa, one of Kollywood’s most-loved heroines, is returning to the big screens with the movie Torch Light. According to reports, the audio of the movie will release soon.

In several interviews, Sadaa has claimed that this is a role she has never done before and will be a refreshing change of subject to the audience. Said to be based on a true story, Torch Light is based on sex workers and prostitution, set in the 90’s.

Directed by Abdul Majith of Tamizhan fame, Torch Light will see Sadaa essaying the role of a sex worker. Fans of the Jayam actress are highly excited for her comeback and support has been pouring in for her on social media.

Keep watching this space for updates on Torch Light.

“And the next schedule for NGK begins,” says Rakul Preet
The first look of the G.V.Prakash- Abarnathi starrer is out
Comment