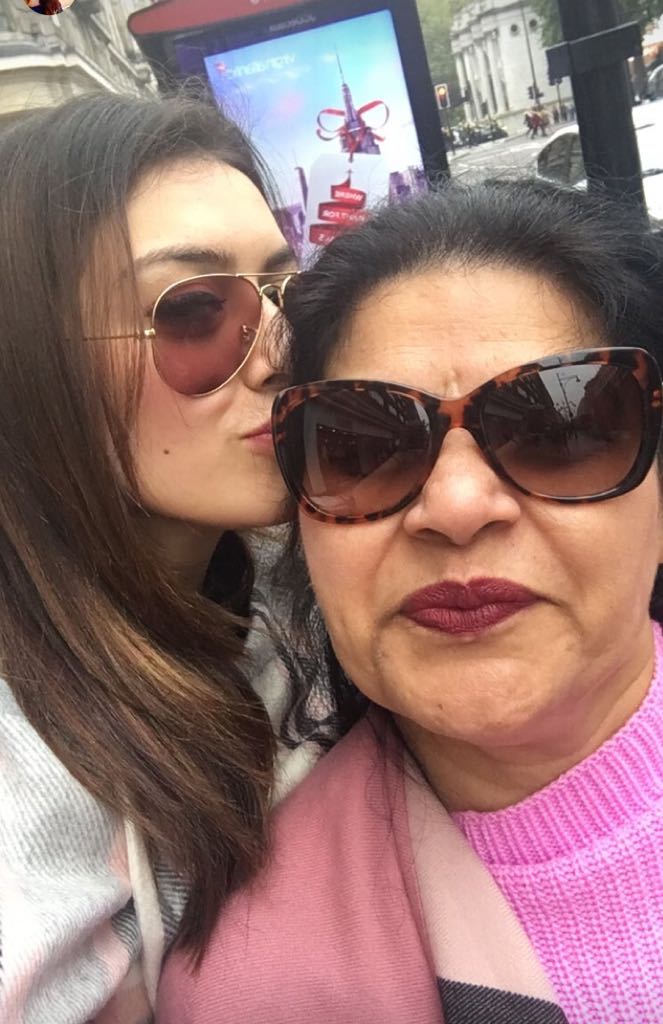 Giving us major vacation goals, Hansika Motwani is in London on a holiday with her family and going by the pictures she has posted on Instagram, they are surely having a great time.

Her pictures of a running race on London streets, ice-cream fights with mom, boating, taking selfies, karaoke nights are make us jealous and we can’t wait to fly for a trip like this.

“I just got lucky with ‘Villain’”

Essaying the role of a singer in the film, the actress looks both cool and cute.

The actress had recently called the movie a ‘suspense thriller’ and called her role as ‘performance-oriented’. She had expressed that she was nervous acting with the veteran and his presence. “He gives space to others,” she had said and even added that she got a ‘high-five’ every time she sought an approval from him.

“I just got lucky with it.”

Villain is a Malayalam crime thriller film written and directed by B. Unnikrishnan and produced by Rockline Venkatesh. The film stars Mohanlal in the lead role, with Vishal, Manju Warrier, Raashi Khanna, Hansika Motwani and Srikanth appearing in prominent supporting roles.

Mohanlal plays a retired police officer in the film. The film is scheduled to be released internationally from Nov.2, 2017 debuting in United Arab Emirates.

The actress is set to play the lead role in Gulebakavali, her next Tamil movie. She will be paired with Prabhu Deva in the movie which is being directed by S. Kalyaan. The movie also features actress Revathi, who will be playing a supporting role.

We’re left wondering if there’s a connection between this movie and the one that was released with the title in 1955!