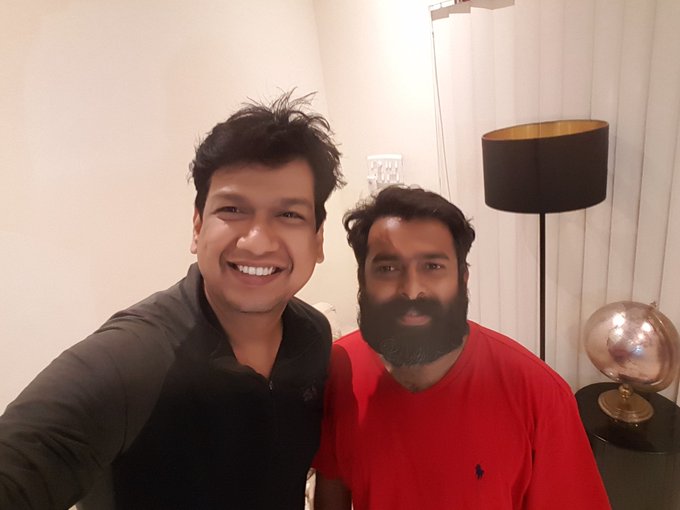 In an announcement that took the internet by storm, actor Dhanush, the producer of Rajinikanth’s much-anticipated Kaala revealed that the movie will release on April 27.

While audiences are eagerly waiting for more updates on the movie, music composer Santhosh Narayanan has yet again revealed an exciting detail about Kaala. The hitmaker has roped in top singer Vijay Prakash to render a power-packed number for the movie.

Santhosh Narayanan took to his Twitter handle to share his ‘fanboy’ moment, along with a picture. Check it out here –

In turn, Vijay Prakash had this to say.

I’ve been a huge fan of your Music and working with you was absolute pleasure. Thank you so much . https://t.co/mnC6o669s3

A week ago, Santhosh Narayanan had run a poll on the internet asking the audience to pick the most fitting introduction tune for Thalaivar in Kaala. According to the poll result, public wants to see Rajinikan’s introduction music to be a fusion of retro 80s, stylish 90s-2000s, and modern day electro day sound.

It is needless to say, Santhosh Narayanan is known for power asserting songs. Coming from a musician who had composed the adrenaline-pumping song, Neruppu Da for Rajinikanth’s Kabali, expectations from Kaala are sky high.