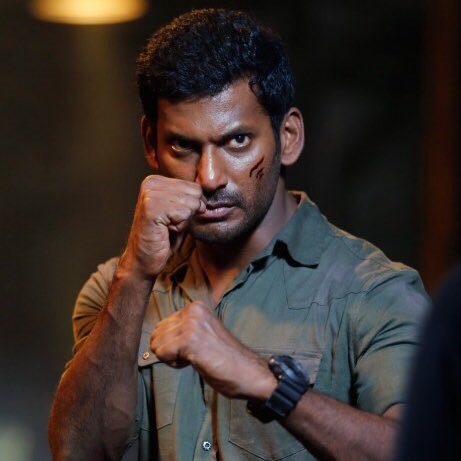 The teaser launch of the Vishal- Samantha starrer, Irumbu Thirai took place on Wednesday and the entire cast and crew were present, except action king Arjun. Directed by P.S. Mithran, the movie is set to hit screens on Republic day, alongside Jayam Ravi’s Tik Tik Tik and Anushka Shetty’s Bhaagamathie.

According to reports, Vishal remarked that he always wanted to be part of a stylish film that youngsters will appreciate and hence took up Irumbu Thirai. Vishal also revealed that the audio launch of the film will happen on January 6 at Malaysia, at the Natchathira Kalaivizha (Stars’ Night)

Talking about the film, Vishal has said that it deals with the ‘ill-effects’ of technological developments and how information we put on the internet can be exploited without our knowledge. Vishal also said that the movie is ‘almost like cyber-terrorism’ and that though the film deals with a heavy issue, it is not preachy.

Sources say that the entire cast and crew, including the lead actors, are confident about the success of the film. In fact, it is said that both Vishal and Samantha agreed to work on the project as soon as they heard the script.