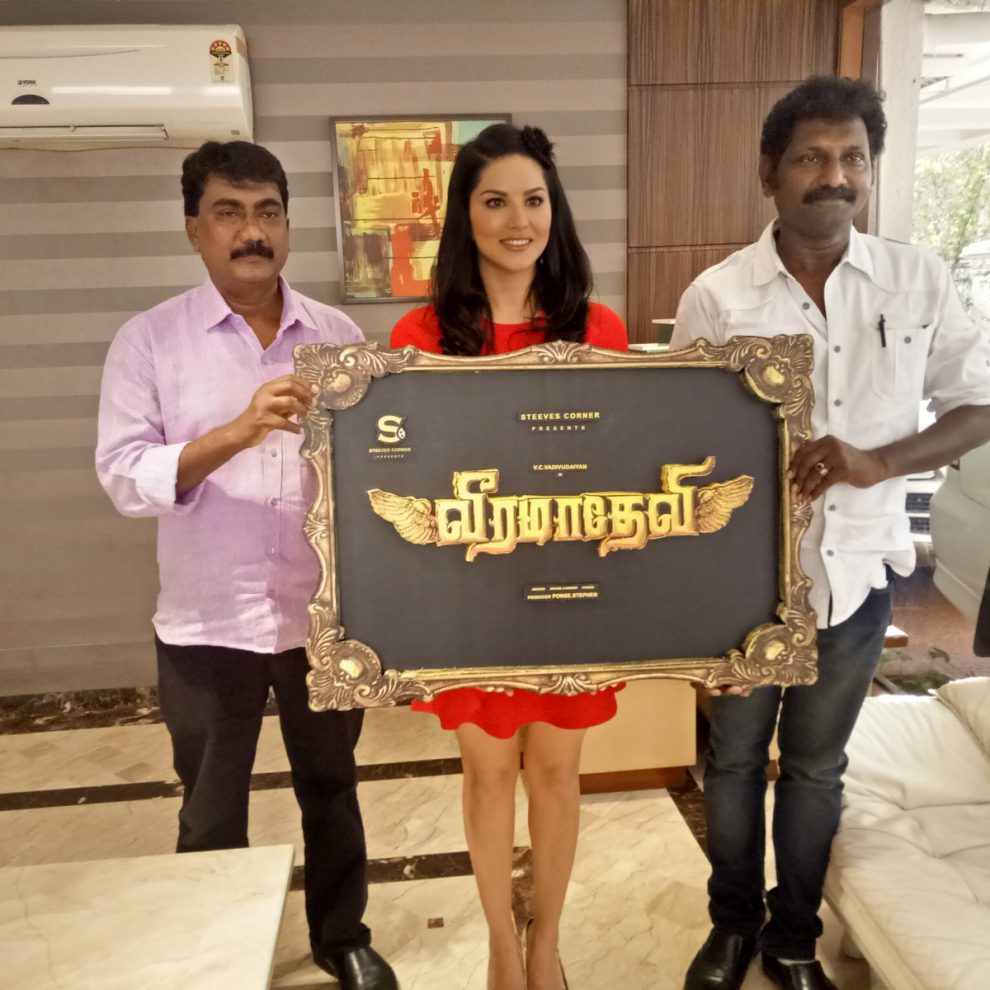 Much to the delight of her Tamil fans, actress Sunny Leone is all set to do a full-fledged movie in Tamil. Touted to be a multi-lingual movie, which will be made in Telugu, Tamil, Kannada, Malayalam and Hindi, the much-hyped project has been titled Veeramadevi. The title poster of the movie was released recently through social media.

Hey folks… The wait is over…The title of my much awaited Tamil film is #Veeramadevi Historical magnum opus. I am so so excited :p @vcvadivudaiyan @DoneChannel1 #SunnyLeoneInsouth pic.twitter.com/7TCHS1h2vp

Days before the official title poster of the movie was released, the makers of Veeramadevi started a title guessing game on their Twitter page, by revealing just the last alphabet of the movie’s title.

In very less time, the hashtag #SunnyLeoneInTamil and #SunnyLeoneInSouth became a huge hit on social media. The team later made a big announcement that the winners who guess the movie’s title rightly, will get a chance to take selfie with Sunny Leone.

Here is last word of my upcoming Tamil and Telugu movie’s title.. Any guesses on the rest of the name?

Directed by VC Vadivudaiyan, who is awaiting the release of his recent directorial, Pottu, Veeramadevi is a historical war film. Featuring the actress in the role of a powerful queen, the movie is touted to be women-centric.

Telugu star Navdeep will be playing the villain role in the movie which also has Nasser in pivotal roles. The movie will be marking Sunny Leone’s Kollywood debut. However, the actress had earlier danced for an item number in the 2014 film Vadacurry.