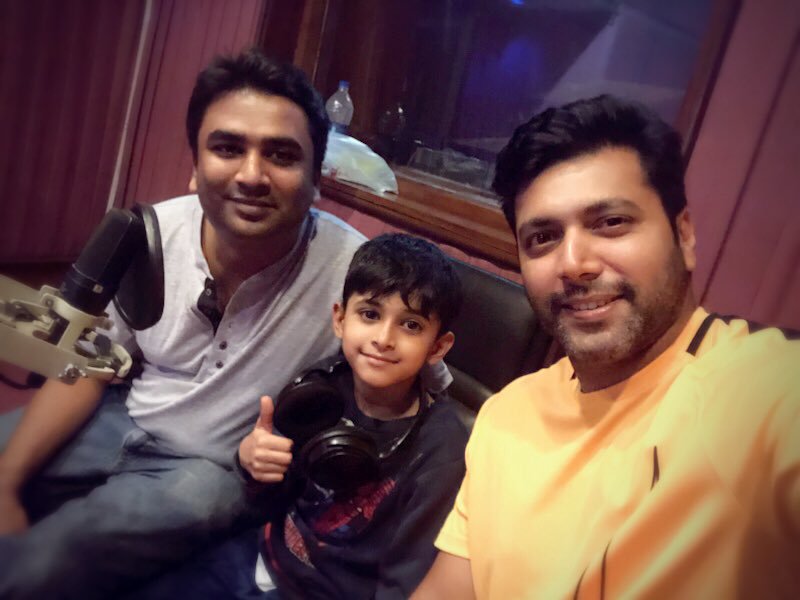 Jayam Ravi’s son Aarav will appear as his reel son too in the upcoming fantasy entertainer Tik Tik Tik. The little champ has recently completed dubbing his portions for the upcoming movie.

Helmed by Shakti Soundar Rajan, Tik Tik Tik is the first ever space film made in India. The film has Jayam Ravi, Aaron Aziz and Nivetha Pethuraj in the lead.  Tik Tik Tik is slated to hit bigscreens on January 26.