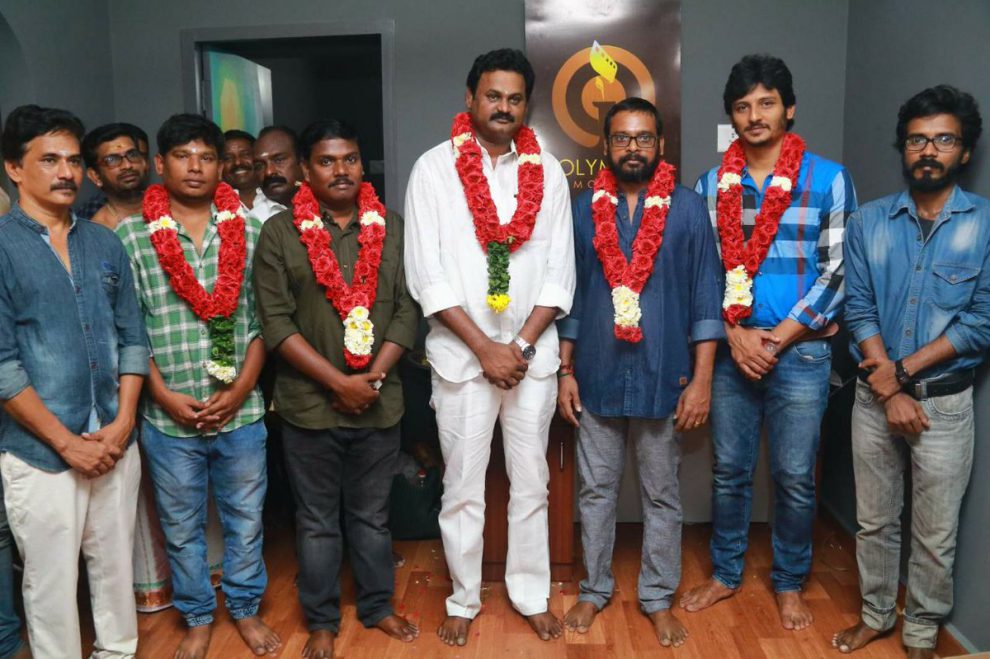 It is already known that actor Jiiva is teaming up with the critically acclaimed directed Raju Murugan for an upcoming film. The latest is that the untitled project produced by Olympia movies was launched on February 15 with a customary pooja. Check out the photos here

As the makers are busy putting together cast and crew, it is learned that the team has roped in Santhosh Narayanan to compose music and S.K Selvakumar to crank the camera. An official announcement on the cast and crew will be made in the coming days.

Raju Murugan is known for realistic movies such as Cuckoo and Joker, both of which won praises from audience and critics alike. His last release Joker won several awards, including the National Award for best film. Unlike his previous films, the upcoming movie Gypsy is touted to be a large scale commercial film, set in the backdrop of social issues.

Actor Jiiva is currently all busy shooting for his upcoming heist comedy entertainer Gorilla, directed by Don Sandy. Starring Shalini Pandey in the female lead, the movie also features a trained chimpanzee in an important role.

Sam CS of Vikram Vedha takes care of the music for the film which is produced by Vijayaraghavendra. Anthony L. Ruben handles the editing department. After Gorilla, Jiiva will start shooting for Gypsy.

While his latest release Kalakalappu 2 directed by Sundar C, is doing a decent business at the box-office, Jiiva is awaiting the release of Kee, which is speculated to release on February 23. Stay tuned!