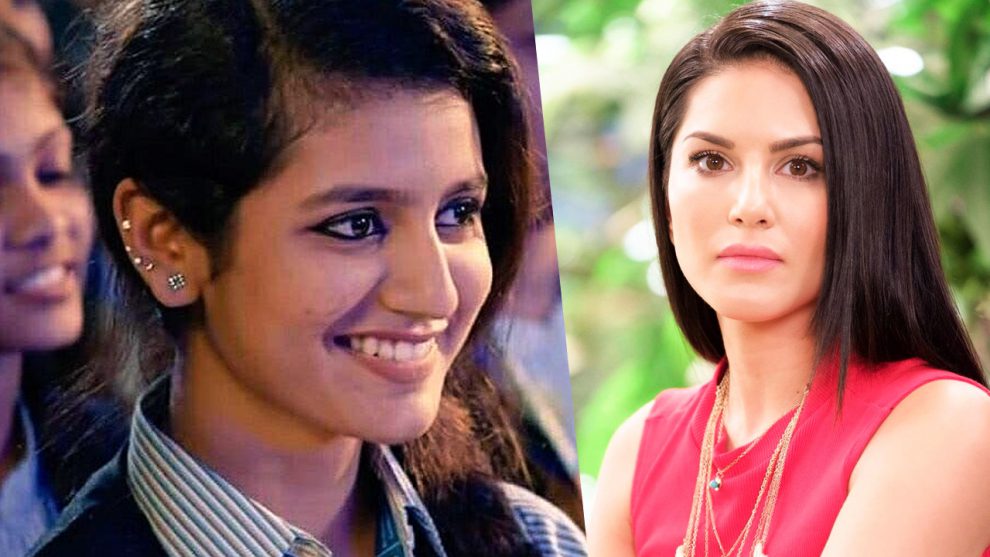 Mollywood actress Priya Prakash Varrier has been the hottest topic of discussion among Indians off late. The Internet sensation, who won the heart of millions with her adorable wink in the first song of her upcoming Malayalam movie Oru Adaar Love, has reportedly become Google’s most searched celebrity.

The actress has been searched for more than Sunny Leone, who topped the list for over a long time.

The song “Manikya Malaraya Poovi”  that features Priya Prakash Varrier and Roshan is set in the backdrop of high school romance captures some lovely expressions of the lead pair that will melt your heart. In a matter few hours, the song created waves on social media and Priya’s expressions became the talk of the town.

In a recent interview with a TV Channel, the actress had revealed that she has been receiving offers from Kollywood and Bollywood. She also expressed her interest to work with director Sanjay Leela Bhansali.

With a follower count of more than 3.5 million on her Instagram profile and becoming the most-searched person globally, Priya Varrier is probably making other actresses jealous of her!