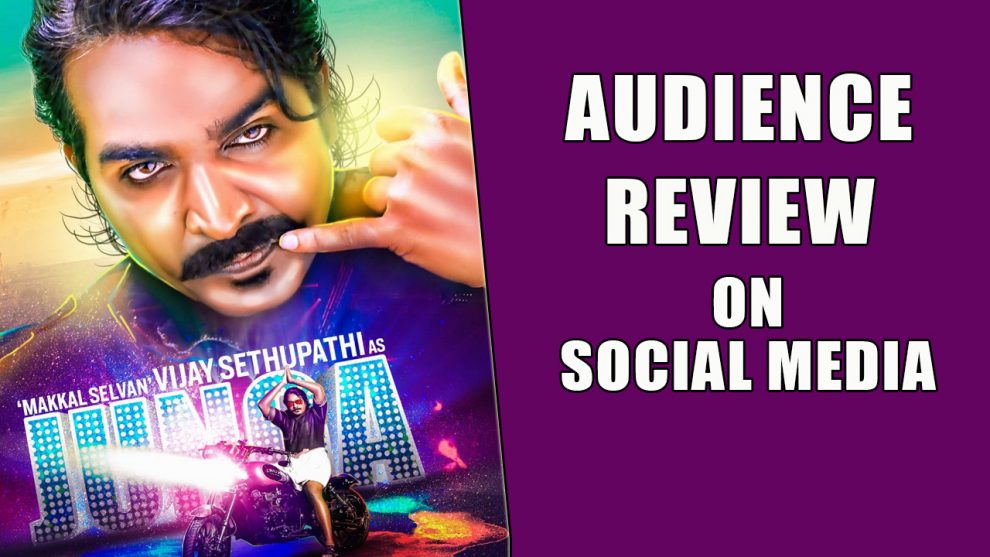 Yogi Babu appears as an ‘assistant don’ in the movie, which also stars Rajendran, Saranya Ponvannan and Radha Ravi among many others. Shot in exotic locations, the movie is touted to be the costliest film in Vijay Sethupathi’s career.

Looks like the movie has hit the right chords with the audience, as positive reviews are flowing in on social media.

#Junga – @sayyeshaa gets good screen space in the 2nd half. She’s at her youthful best carrying gorgeous costumes. Her dance moves are a highlight in the jolly #Lollikiriya sequence & #KoottippoKoodave. It’s a good outing for the young

#Junga A typical @DirectorGokul film. The quirky dialogues and funny scenes are biggest +ve. Some comedy parts have not been worked out well. The high budget can be witnessed in the scenes that shot in Paris. VJS carries it with ease..Go for a watchable comedy entertainer. 3/5

#Junga 1st half -Director has tried to give Kollywood’s Don spoof movie with full of comedy scenes, without story. Few Comedy scenes works out to huge extent. #SaranyaPonvannan rocks with her acting as usual. #VJS has tried his best to make Audience laugh with his acting skills.

#Junga (Tamil) – Interval – ‘Kanja Don’ role quirky and has a rightful justification to his character, @VijaySethuOffl has played it nicely. Has few laughter & clap worthy moments, but mostly boring as many comedies (dark) that falls flat. Pace is also slow. ‘Average’ so far.

#Junga Enjoyed the fun ride with @VijaySethuOffl and @DirectorGokul Quirky situations with surprising Dark Comedy all over the film makes it a fun-filled watch. Vjs delivers a super show. Fans will hv fun. Yogibabu is a riot (bun scene). Paatti ma

Finished the fdfs of our very own @VijaySethuOffl’s #Junga a best movie with lots of fun and best screenplay from @DirectorGokul sir @sayyeshaa and @MadonnaSebast14 both at their level of best.Totally a best movie and it worth ur movie and fulfill ur thoughts.#JungaFromToday