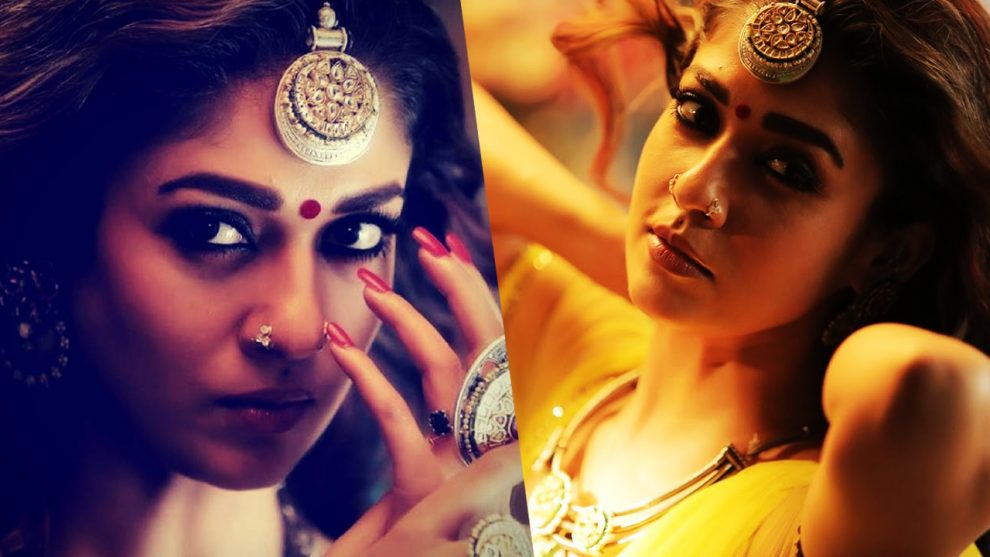 Priya Prakash Varrier’s debut movie Oru Adaar Love is yet to hit the big screens, but the budding talent is already a worldwide sensation, after a song clip from the movie featuring the star went viral on social media.

The makers of the movie have already been cashing in on the actress’ popularity by releasing teasers featuring the winking star and her co-star Roshan Abdul Rahoof. Recently, the team unveiled a Tamil song teaser ‘Munnaale Ponaale’ from the movie featuring the pair.

Like the previous viral song ‘Manikya Malaraya Poovi’, the new song also captures some flirtatious expressions of the lead pair. Irrespective of the language, the song has already set social media on fire, trending 3rd on YouTube India. 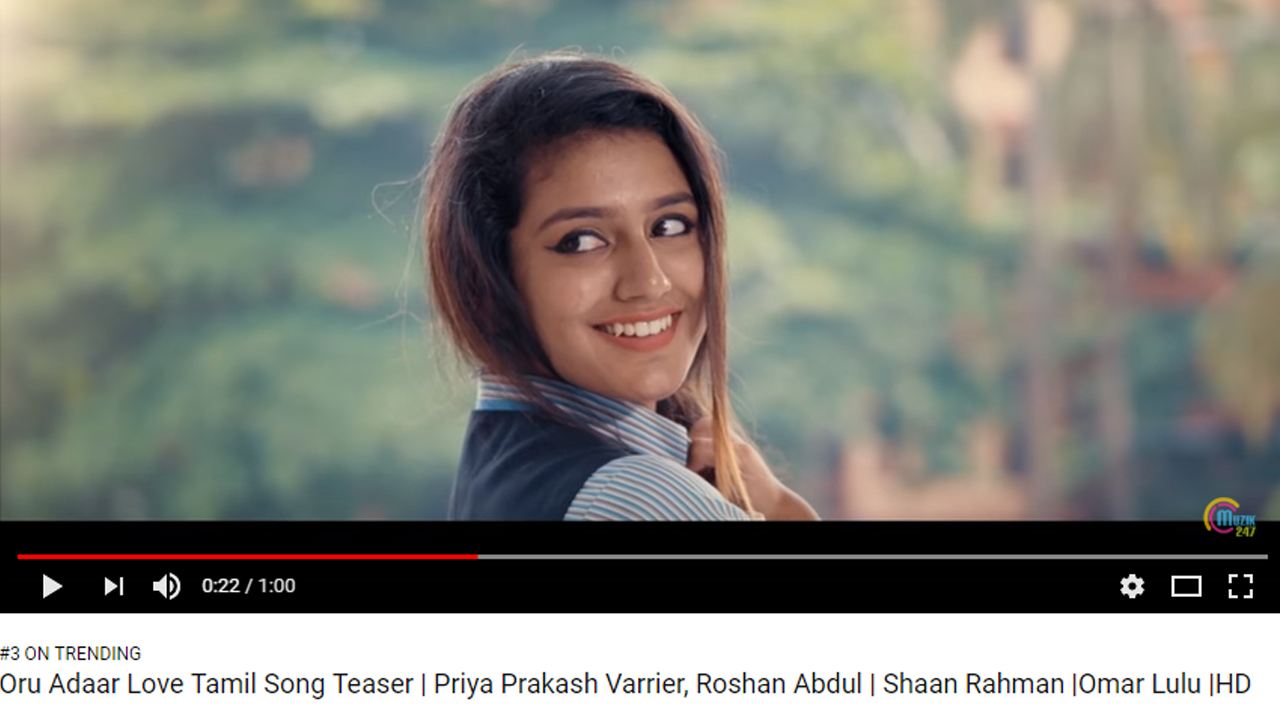 While Priya Prakash Varrier is winning the internet, Lady Superstar Nayanthara continues to rule the hearts of the audience. Although the actor is not on any social media platform herself, a simple picture of hers has enough potential to break the internet. Here’s proof!

On May 16, the makers of Nayanthara’s new movie Kolamaavu Kokila unveiled a catchy song ‘Kalyana Vasayu’ on YouTube. Composed by Anirudh Ravichander, the fun song is penned by actor Sivakarthikeyan, who makes his debut as a lyricist with the song.

Though ‘Kalyana Vayasu’ doesn’t leave a mark as a song, the visuals featuring Nayanthara and Yogi Babu, will make you set the peppy number on loop. The song has already garnered huge popularity on social media and is trending number one on YouTube India. 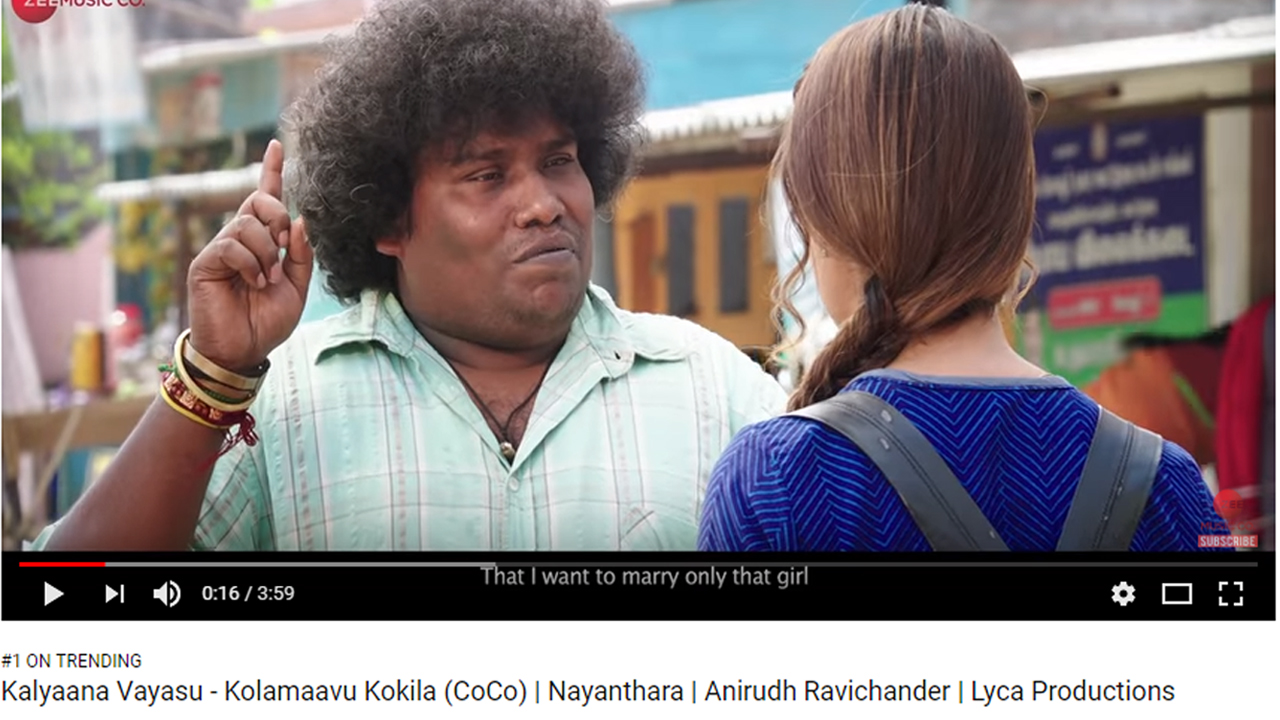 Check out both the songs here –

OFFICIAL: Breaking update on Prabhu Deva’s next!
Karthi’s next is with this SUPERHIT director
Comment