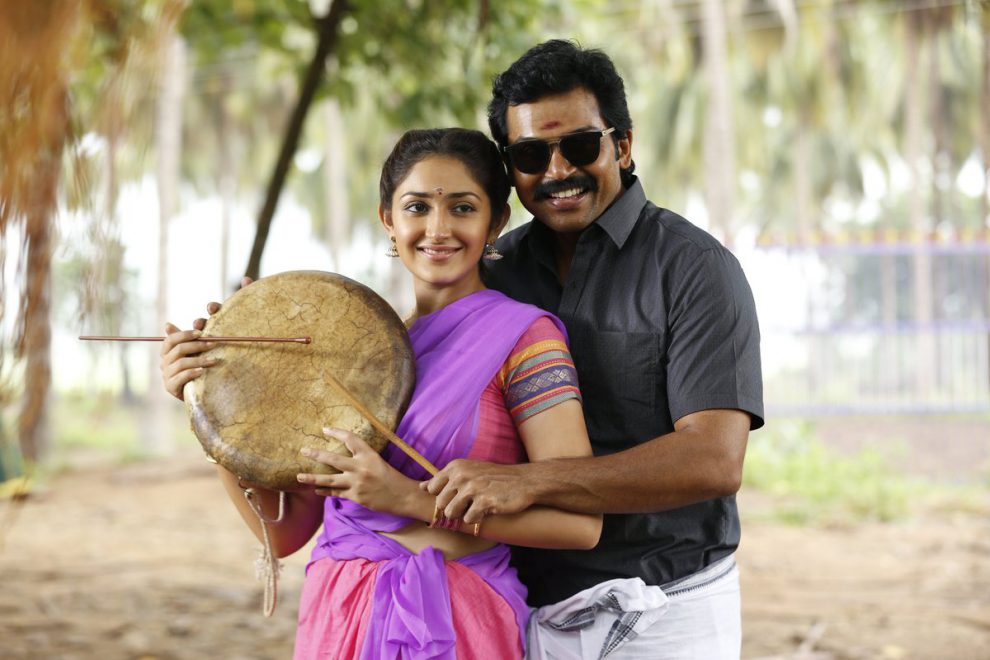 Putting a rest to all speculations, the makers of Karthi’s upcoming movie Kadaikutty Singam have finally revealed the release date of the rural entertainer.

Starring Karthi and Sayyeshaa in the lead roles, the family entertainer will hit the big screens on July 13. Titled Chinna Babu in Telugu version of the film will also be released on the same date.

“#KadaiKuttySingam #Chinnababu World wide release on July 13.”, tweeted Karthi along with this poster.

Directed by Pandiaraj, Kadaikutty Singam is said to be the tale of a farmer played by Karthi. Sathyaraj appears as Karthi’s father in the movie which has Sayyeshaa in the female lead. Music is by Imman.