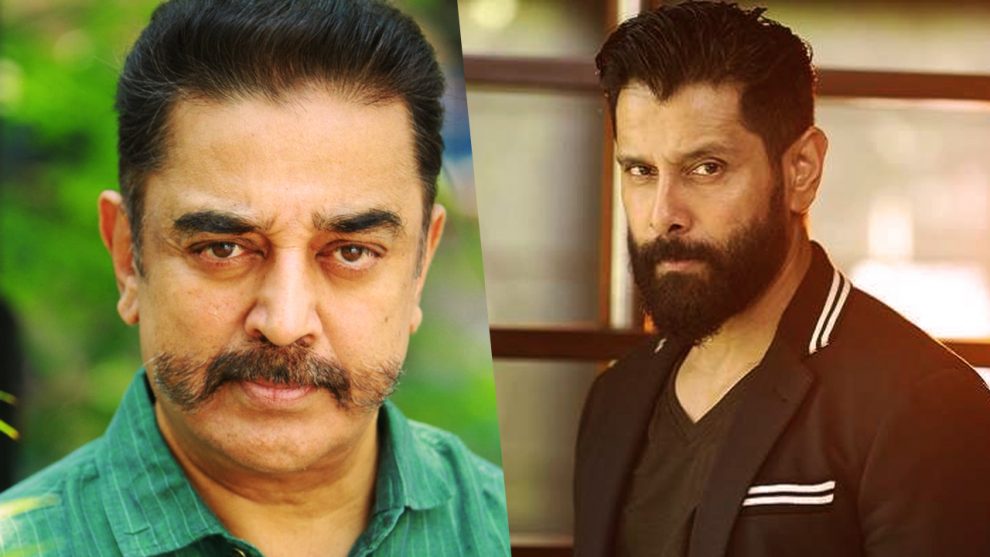 After much speculations, actor Kamal Haasan officially announced that he is collaborating with Chiyaan Vikram for an upcoming Kollywood project. Bankrolled by Trident Arts and Kamal’s Rajkamal Films International, the upcoming Rajesh M Selva directorial will have Akshara Haasan in the female lead.

“My best wishes to Mr.Vikram, Ms.Akshara Haasan, Director Rajesh M Selva and Trident Arts who are joining hands with Raajkamal Films International to produce a film. Let’s endeavor to make it a grand success,” tweeted Kamal Haasan earlier this year.

According to the latest buzz, the film will be an emotional action thriller. In a recent interview to an entertainment portal, the Thoongavanam director revealed that he initially approached Kamal to play Vikram’s role. But the actor turned down the offer due to his political commitments.

Vikram’s this yet-to-be-titled movie is the fourth film that Kamal Haasan is producing which will not star himself, after Kadamai Kanniyam Kattupadu, Magalir Mattum, and Nala Damayanthi.  The movie’s post-production works are in full swing and are is expected to start rolling in June or July.

As the Tamil film industry strike called off after 48 days, the Kamal’s long-delayed project Vishwaroopam 2 is expected to see the daylight soon. Kamal who recently made his political plunge will also join hands with director Shankar for Indian 2, the sequel to his 1996 blockbuster hit Indian.

Vikram is expected to start shooting soon after he completes Gautham Menon’s Dhruva Natchathiram and Hari’s Saamy Square. Meanwhile, Akshara Haasan is currently prepping up for an upcoming web-series.