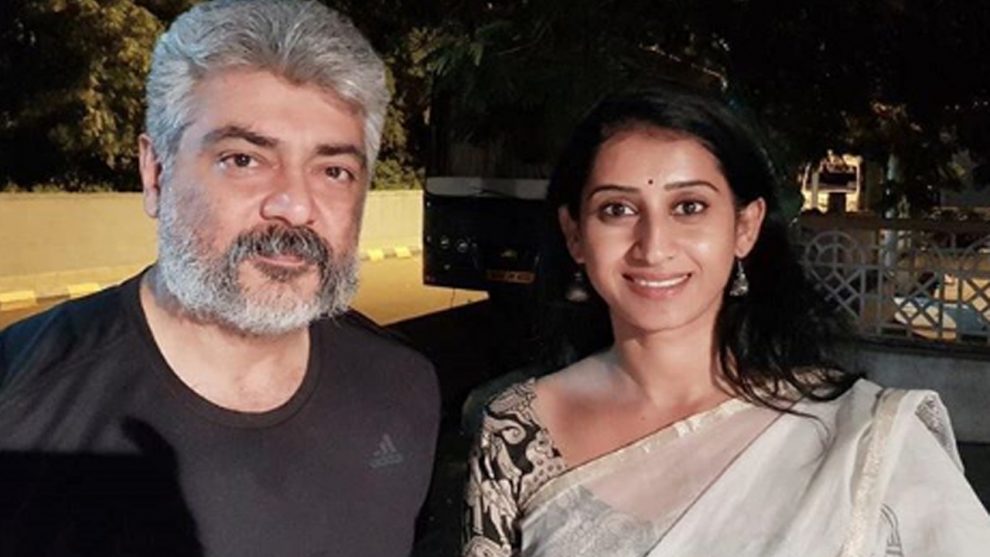 Thala Ajith is known to be one of the warmest celebrities in Kollywood. Recently, Meena Vasu, a popular Telugu television artist, shared a fangirl moment when she happened to meet the Kollywood star. The actress seemed to be beaming with joy when she met the Viswasam star.

Like any fan, Meena too shared a picture of her meeting with Thala on her social media page. Singing praises on the actor’s charming personality, Meena captioned it, “Complete fan moment..😍😍i have n’t seen a person like him in my career..such a sweet and down to earth person…🤗..I have seen so many artists who build up so much attitude after a hit…..Success will not last long if that is followed by a dog called ego… I wish them to wash and touch ajith sir feet which would bless them with atleast 10% of his personality and nobleness….HATS OFF THALA 🙏#exited#thalahangover#blessed🙏 #😍🤗@ajithkumar_actor@thala_official @tamilactor”.

The picture has already become a huge hit on social media.

On the work front, Thala Ajith is busy shooting for his much-anticipated Siva directorial Viswasam, which features the actor in dual roles. Directed by Siva, the first look poster of Viswasam was released recently and fans couldn’t stop going gaga over the actor’s dashing look.