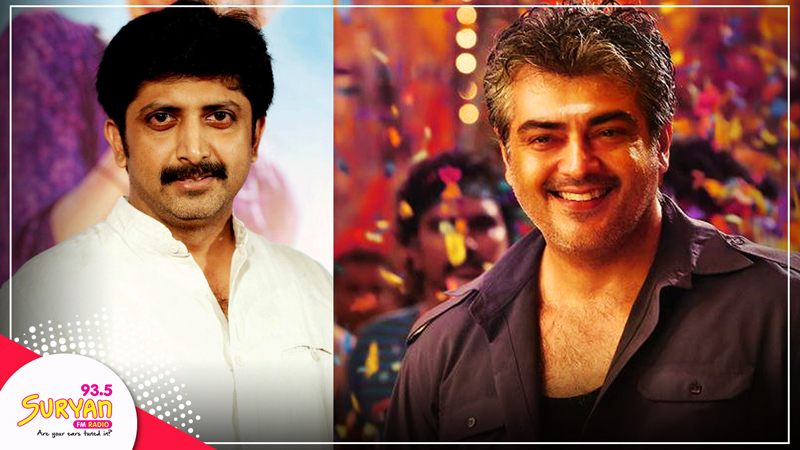 Director Mohan Raja is riding high on the success of his latest release Velaikkaran, starring Sivakarthikeyan, Fahadh Faasil and Nayanthara in the lead roles. In a recent interaction with his fans on social media, the director was asked about the kind of story plot which he would like to direct actor Ajith.

If You Get a chance To direct Thala What Will be Your Story Plot ???

The director quickly responded that it would be his best chance to direct Thala Ajith in a unique negative shaded character.

It is needless to say, director Mohan Raja redefined the villain character in Tamil Cinema, such that the anti-hero is also strong, even if he doesn’t have the same moral grounding.

Mohan Raja’s directorial Thani Oruvan which featured Arvind Swami in a suave villain character won praises from fans and critics alike. The movie infact offered a massive comeback for the actor in Kollywood after a long gap.

The recently released Velaikkaran too garnered accolades for the characterisation of actor Fahadh Faasil in the movie.

If Ajith, Mohan Raja project materialises with the actor essaying a negative role, it would be a mega treat for movie buffs.