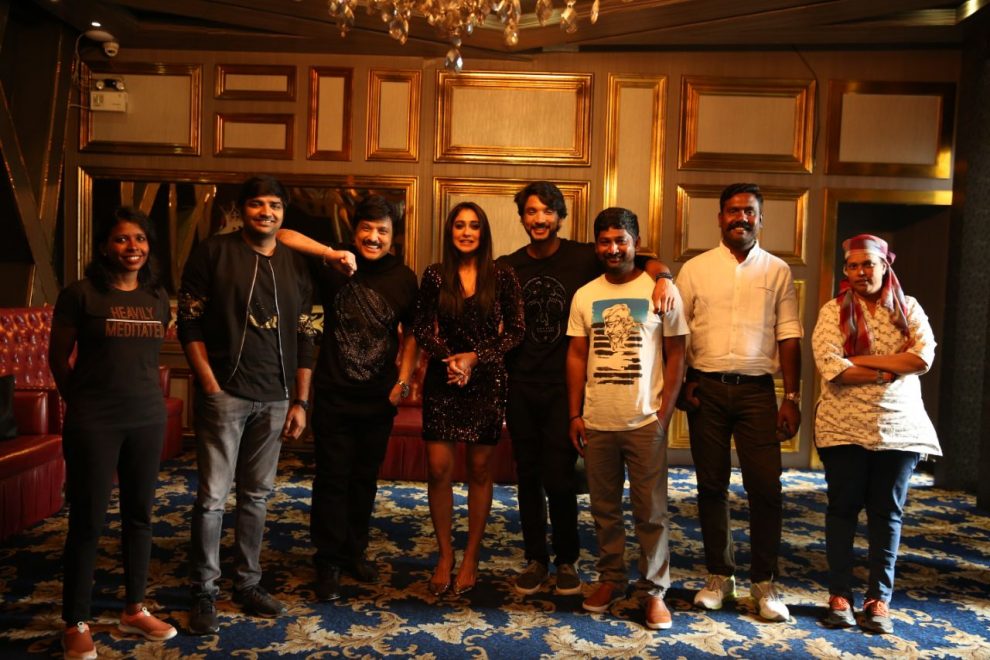 The shooting of the much-awaited Mr. Chandramouli has been completed. The news comes amidst a total shutdown of the industry, as a mark of protest against the digital service providers. In a press release the team of Mr. Chandramouli said, “The entire Tamil film industry has been going through a tough situation, which has kept proceeding of many shootings stalled. Nevertheless, it’s a beautiful scenario to see how well united the industry is coherent to.”

It added, “Especially, Mr. Chandramouli team has been so much illustrious to such paradigms for honouring the conditions imposed by Tamil Film Producer Council. Yes, the entire team of Mr. Chandramouli is on the seventh heaven for wrapping up the shooting now.”

Producer G. Dhananjayan said, “If not for the perfect planning, well execution and great cooperation by entire team, this would have not been possible. The entire team of Mr. Chandramouli has been vigorously exhibiting high level enthusiasms and energy from the commencement of project. With Tamil Film Producer Council placing a condition to stall the outdoor shooting from today, the entire team worked hotfooted. We are so much happy as a team to get the project completed as planned on time.”

Post-production works will begin after strike is called off

G. Dhananjayan added that the post-production works of the film will kick-start once the strike is called off. After which, there will be a worldwide release of the film.