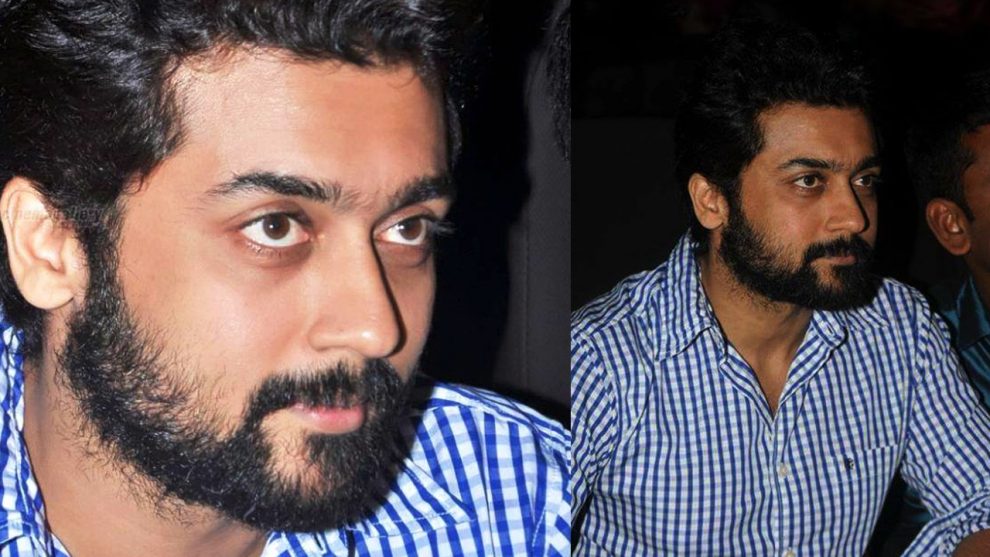 Actor Suriya’s new avatar for his upcoming movie NGK has been the talk of the town ever since the first look poster dropped online. The first look sure set the bar high for the movie and fans went haywire with excitement.

While the poster featured a wall covered in graffiti of Suriya, in a revolutionist avatar, the audience has been impatiently waiting to catch a glimpse of the actor in the dashing avatar.

Recently, much to the surprise of his fans, a new still of Suriya surfaced on social media and fans couldn’t stop going gaga over it. Sporting a bearded look, with his head held high, Suriya looks dapper in his new avatar.

According to reports, the actor is currently prepping up for his new look in the movie. The action-thriller is the maiden film of Suriya with director Selvaraghavan.

The shooting of the movie has been underway for the past few months. Featuring Sai Pallavi and Rakul Preet in the female leads, NGK will have Suriya appearing in double roles. As the Tamil Cinema industry is on an indefinite strike, the shoot of NGK too has come to a halt.

The action-thriller will have music composed by Yuvan Shankar Raja. Sivakumar Vijayan and Arvind Krishna have been roped in for cinematography and editing for this movie respectively.

In an exclusive interview with us, the movie’s producer SR Prabhu had revealed that the team is eyeing for a Diwali release. When asked about what Suriya fans can expect from the fresh combo, the excited producer said, “Director Selvaraghavan is someone who will always push the bars up for actors in terms of performance. Selva himself has told us he is a fan of Suriya sir. I hope that answers your question.”

Check out the full interview here.