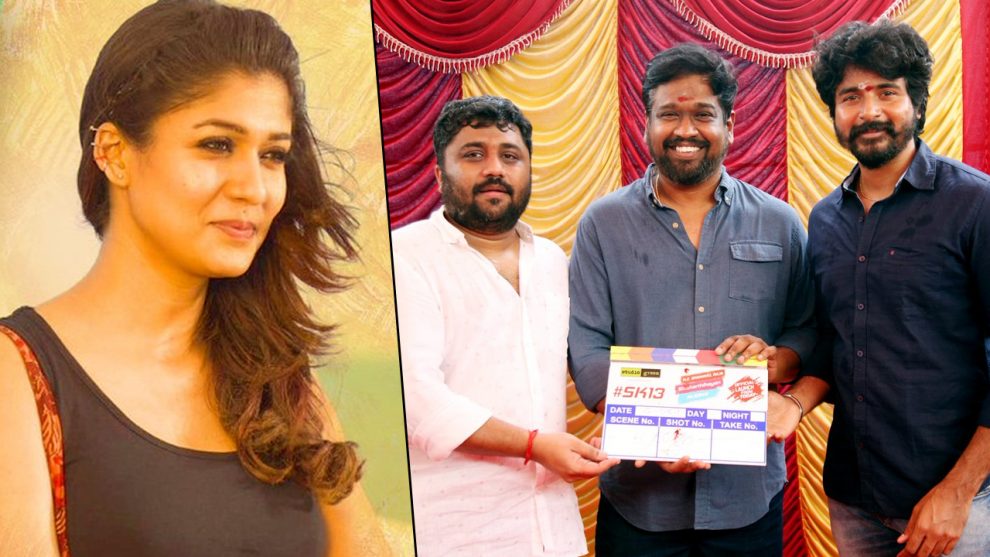 As per the latest update, Lady Superstar Nayanthara has joined the shoot of the upcoming Sivakarthikeyan project, helmed by Rajesh M.

Studio Green, the makers of the movie, took to Twitter to confirm the news. Welcoming the Kolamaavu Kokila star, they wrote, “It’s our immense pleasure in welcoming the Lady Superstar #Nayanthara for the sets of our ongoing prestigious project #SK13. Shoot of her portions has kickstarted from today. @Siva_Kartikeyan @rajeshmdirector @hiphoptamizha @actorsathish @kegvraja #NayantharaJoinsSK13Today”.

Tentatively titled SK13, the movie went on floors earlier this year and is progressing at a brisk.  Starring Lady Superstar Nayanthara in the female lead, SK13 also has Yogi Babu, Radhika and Sathish in important roles.

The team had recently roped in Hip Hop Tamizha to score music for the film, which is touted to be a fun-filled comedy entertainer!

On the work front, Nayanthara is awaiting the release of Kolamaavu Kokila (CoCo), which will hit the big screens on August 17. With its quirky songs and trailer, the movie has already created a huge hype among the audience.

Meanwhile, Sivakarthikeyan is busy with promotions for his upcoming movie Seemaraja, which is slated to release on September 13 for Vinayagar Chaturthi.