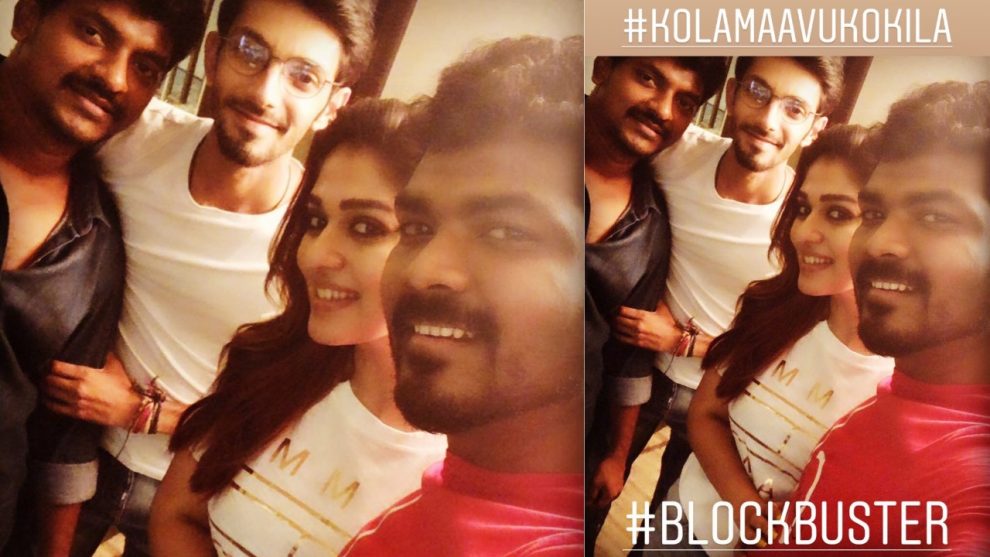 Nayanthara’s Kolamaavu Kokila hit screens last week and has been a raging success at the box office. Everything from the plot, Nayanthara’s acting, Anirudh’s music and the support cast’s performance has been appreciated.

Even some of the most celebrated names in the industry took to Twitter to share their appreciation. One of the first on the list was ace director Shankar, who is working with Rajinikanth for 2.0.

Talking about the movie, he had said “Kolamaavu Kokila- An interesting, humorous, kudumba-crime drama. Nayanthara-calm, effective n classy. Each character shines in its own way.Anirudh rocks with “Gun-in Kadhal” at the right places.Director Nelson surprises with a fresh approach.Well written and satisfying. (sic.)”

The latest to heap praises on Kolamaavu Kokila is none other than Bollywood filmmaker Karan Johar. Check out his tweet here- 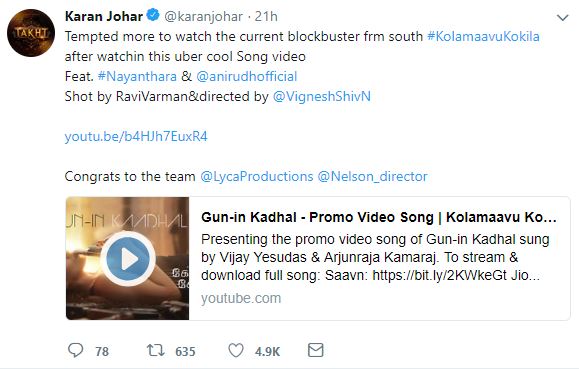 The team of Kolamaavu Kokila is on cloud nine and Vignesh Shivn’s Instagram stories are flooded with all the good reviews that have been pouring in.

Apart from sharing Karan Johar’s tweet, Vignesh has posted an adorable selfie with the Kolamaavu Kokila team and said- “When people around u , when people who matter to u , the People u really Love and want to Win , Win and win big ! It’s the happiest moment the universe let’s u to experience 😍😇 #KolamaavuKokila #Blockbuster@anirudhofficial @nelsondilipkumar#Nayanthara 😍😍 @lyca_productions#Grand Success #SuperHit#kalayaanaVayasu #guninkaadhal#grandOpening (sic.)” 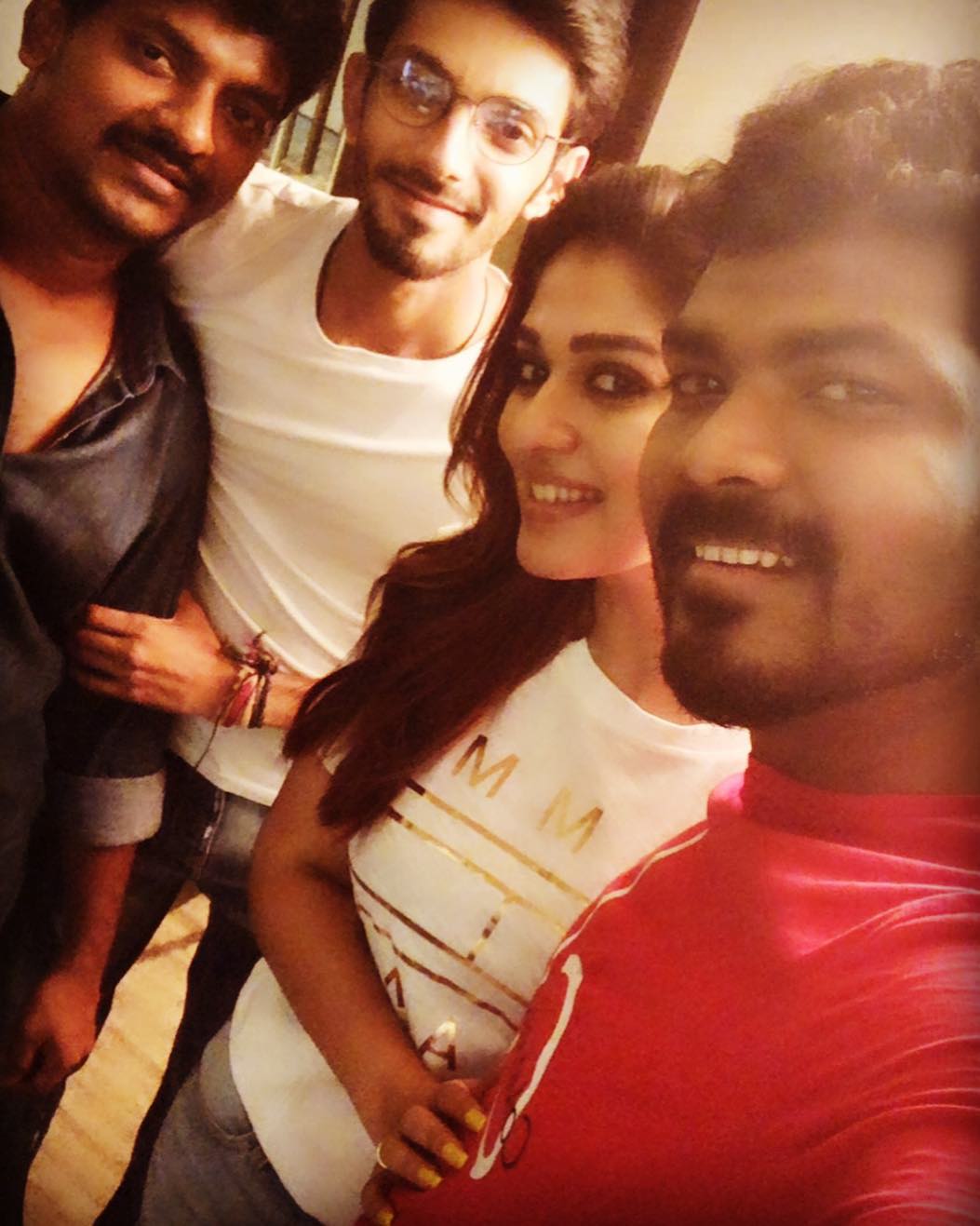 Looks like Kolamaavu Kokila is a clear winner at the box office.