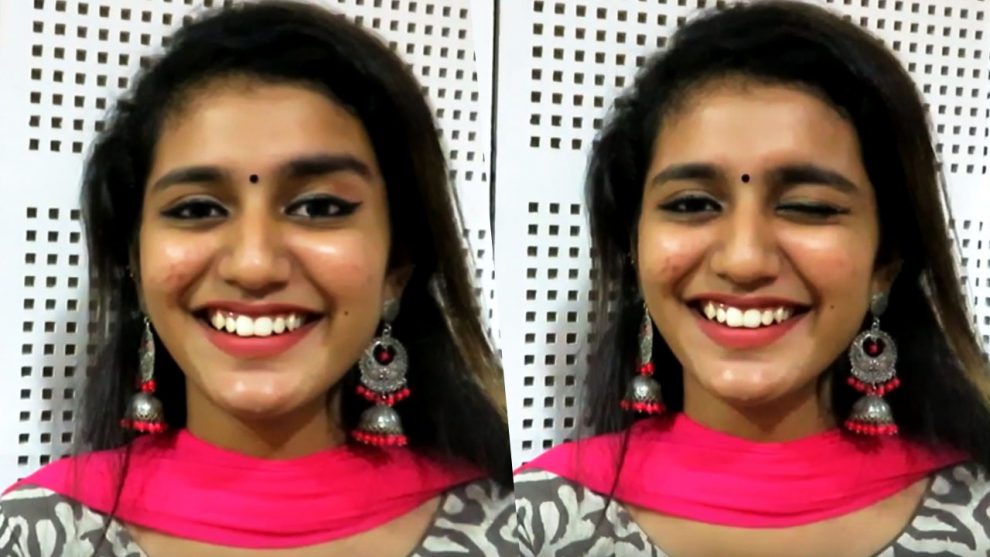 After becoming an overnight sensation with her adorable wink in the ‘Manikya Malaraya Poovi’ song from Oru Adaar Love, Priya Prakash Varrier has been flooded with projects in Kollywood and Bollywood.

While Tamil audience are eagerly awaiting the winking sensation’s Kollywood debut, there was a buzz that director Nalan Kumarasamy has roped in Priya Varrier for his next. However, it looks like the news is false.

When we contacted Nalan Kumarasamy, he denied the rumors and said it is “completely false”. Nalan Kumarasamy is known for films such as Kadhalum Kadandhu Pogum and Soodhu Kavvum.

Recently, there were reports doing the rounds that the actress is teaming up with actor Suriya. Later it was revealed that the speculations were baseless.

Well, we have another happy news for Priya Varrier fans.

To cash in on Priya’s nationwide popularity, the makers of the movie are planning to release Oru Adaar Love in multiple languages, including Malayalam, Tamil, Telugu, and Hindi.

Meanwhile, two residents from Hyderabad have filed a fresh petition in court against the actress alleging that her wink in the viral video song hurts religious sentiments.