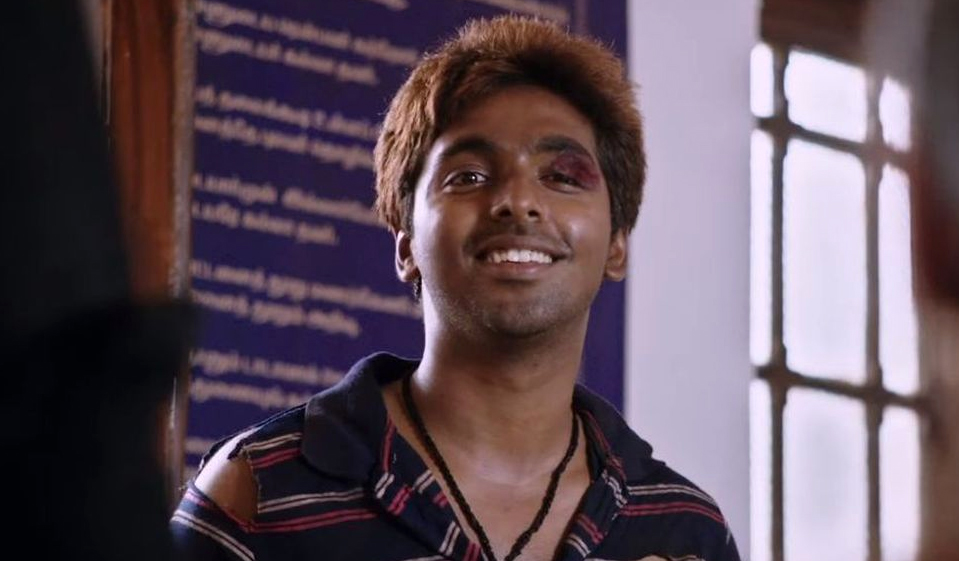 The ongoing Tamil Film Producers Council (TFPC), demanding the abolition of Virtual Print Fee, became a boon for the movie Naachiyaar, which has recently completed 50 days of successful run in theatres and still going strong.

Directed by Bala, Naachiyaar was released on February 16 and opened to positive responses from audience and critics alike. In the hard-hitting thriller, Jyothika appears as a ruthless cop and GV Prakash as a youngster who is accused of assaulting his minor girlfriend, played by newcomer Ivana.

GV Prakash, whose talents extend beyond being a music composer and singer, won the hearts of the audiences as Kaathu, with his innocent expressions and effortless acting. The actor has been receiving immense appreciation from all corners and is rated as the best character in his acting career.

With the 65th National Film Awards approaching, the makers of the movie have now registered GV Prakash’s name for the Best Actor Award category. It may be noted that, in Tamil, National Award for Best Actor was last won by Dhanush for his inimitable performance in Aadukalam, 2010.