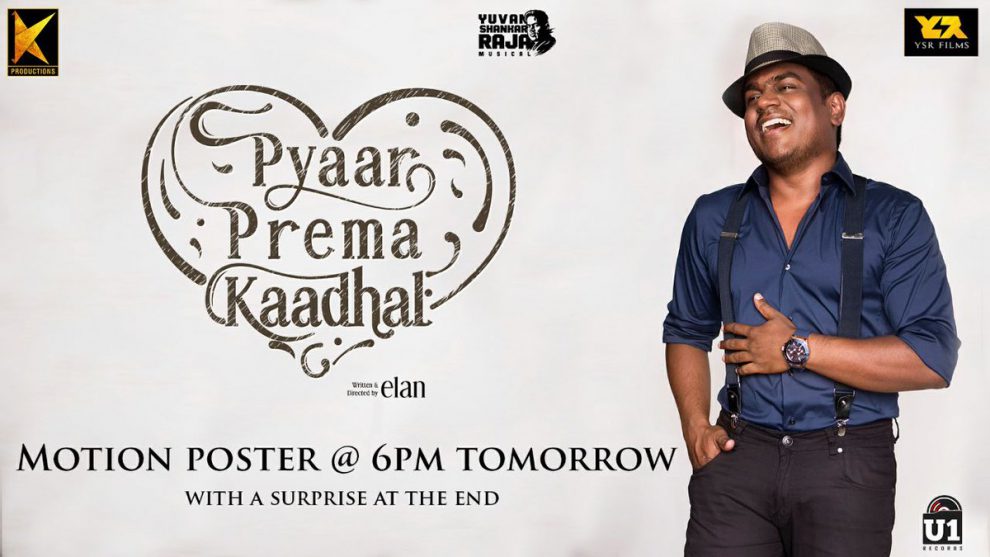 It is the month of love, and here’s a happy news for all romantic movie lovers.  The motion poster of Harish Kalyan and Raiza Wilson starrer Pyaar Prema Kaadhal will be released on February 9 at 6 p.m. Along with the motion poster release, the team will also be unveiling a surprise announcement.

The news was announced by music director Yuvan Shankar Raja’s production house YSR films, the makers of the movie, through their official Twitter handle. “Its Chocolate Day Tomorrow, so Bringing something Sweet for you guys! Watch out for #PyaarPremaKaadhal Motion Poster Releasing Tomorrow at 6pm!” they wrote.

Harish Kalyan shared the news on his Twitter page. “Very happy to announce that #PyaarPremaKaadhal ‘s motion poster will be out tomorrow.. more updates coming along with the motion poster @YSRfilms @thisisysr @elann_t @irfanmalik83 @Rajarajan7215 #KProductions Need all ur love&support,” tweeted Harish Kalyan.

Directed by Elan of Graghanam fame, Pyaar Prema Kaadhal brings together Harish Kalyan and Raiza Wilson, who rose to fame after the recently concluded reality TV show. As the lead pair already has a huge following, expectations from the movie are sky high.

The makers of the rom-com had earlier posted two posters that featured the pair in striking romantic posters. There was also a colorful funny poster which featured Yuvan Shankar Raja along with the leads.

The movie’s post-production stage works are in full swing and it is expected to hit theatres soon.