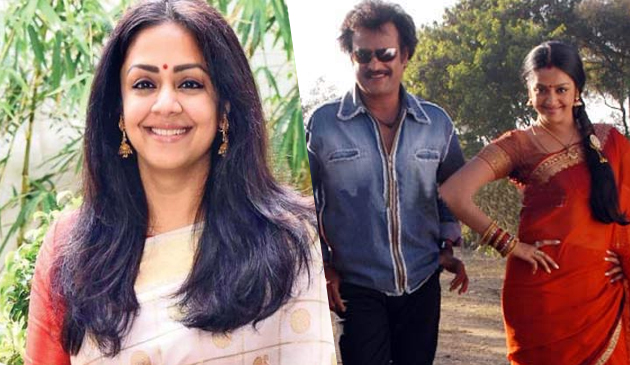 Actress Jyothika who made her comeback with the remake of the Malayalam super hit How Old Are You?, is riding high on the success of her latest release Naachiyaar, which won critical acclaims.

The actress, who recently completed shooting her portions for the Mani Ratnam directorial Chekka Chivantha Vaanam, will soon start shooting for Radha Mohan’s Kaatrin Mozhi, the Tamil remake of the Hindi superhit Tumhari Sulu. Jyothika will be reprising Vidya Balan’s character in the upcoming movie.

Now, the latest that we hear is Jyothika is likely to sign yet another remake. According to reports, the makers of Manju Warrier’s latest release Mohanlal, approached Jyothika to play the lead role in the Tamil remake.

The news was shared by Mohanlal movie’s writer Suneesh Varanad, through his Facebook page. While Manju Warrier played a crazy Mohanlal fan in the original, the Tamil remake is expected to have Jyothika as die-hard Superstar Rajinikanth fan. Suneesh also mentioned that the Tamil remake is titled Rajini Selvi.

However, neither the actress nor the makers of Mohanlal have confirmed the news. Stay tuned!

“Ajith is such an inspiration!”
Chekka Chivantha Vaanam – Shooting update is here!
Comment