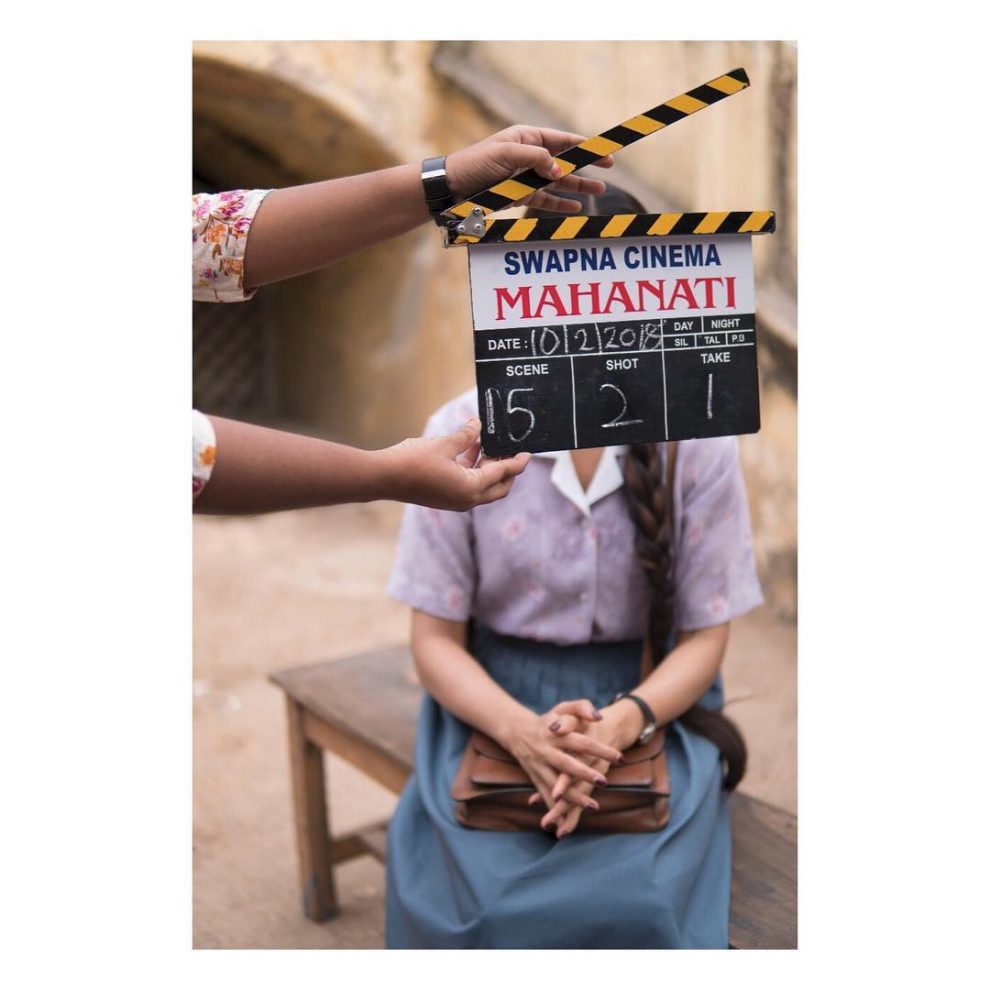 Only recently, it was announced that Mahanati, the biopic on late actor Savitri will release on May 9.  The movie stars Keerthy Suresh as Savitri and Dulquer Salman as Gemini Ganesan.

Keerthy had made the announcement on her Twitter page, along with an official poster.

The movie also stars actor Samantha in a pivotal role and the makers have announced that she has finished shooting for her portions in the movie.

From the tweet, it looks like her character is called Madhuravani. In a warm gesture, the makers have also said that Mahanati is incomplete without Samantha.

Talking about working on the movie, Samantha also expressed her gratitude at being part of ‘such history’ on Twitter.

As the movie inches closer to release, the expectations around the movie are getting higher. Although the movie’s teaser released, it did not reveal much about the looks of the lead characters and only spoke of Savitri’s life.

Directed by Nag Ashwin and produced by Vyjayanthi Movies, the movie is set for a worldwide release on May 9.