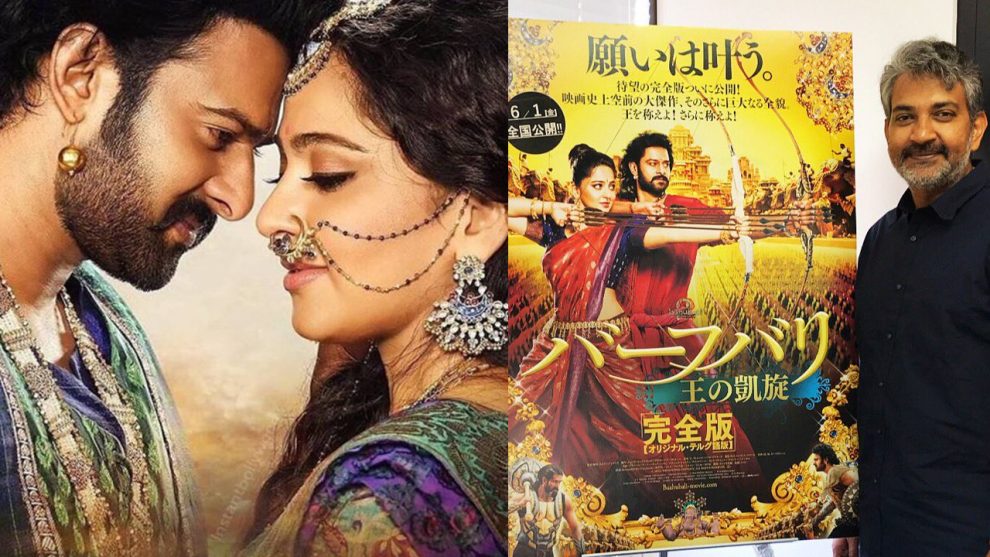 While the film is continuing its earth-shattering box-office run, SS Rajamouli is all excited to attend a “screaming screening” of the movie in Tokyo.

The elated director took to his Twitter handle to share the news. “Thanks to our Japanese distributors @movietwin2 for the humble reception. Attending “screaming screening” of #Baahubali2 in some time. I’ll be live on my Instagram from the screening place in a while…,” tweeted SS Rajamouli.

Starring Prabhas, Rana Daggubati, Anushka Shetty, Ramya Krishnan, Sathyaraj and Tamannaah Bhatia in the lead roles, the movie created a benchmark in the history of Indian cinema by grossing over Rs 1500 Crore worldwide.

Baahubali 2 will be getting a wide release in China on May 4. Notably, the movie will get an IMAX release.

“Pleased that @BaahubaliMovie 2 will be the first Indian film to have an @IMAX release in China on May 4th. It’s big but very tough market to crack. Hoping for the best!,” tweeted Shobu Yarlagadda.

Well, it looks like there is no stopping for Baahubali 2. Congratulations team!

Kollywood stars that made their entry as child artistes
OFFICIAL: Vijay Sethupathi roped in for this mammoth Rajinikanth starrer!
Comment