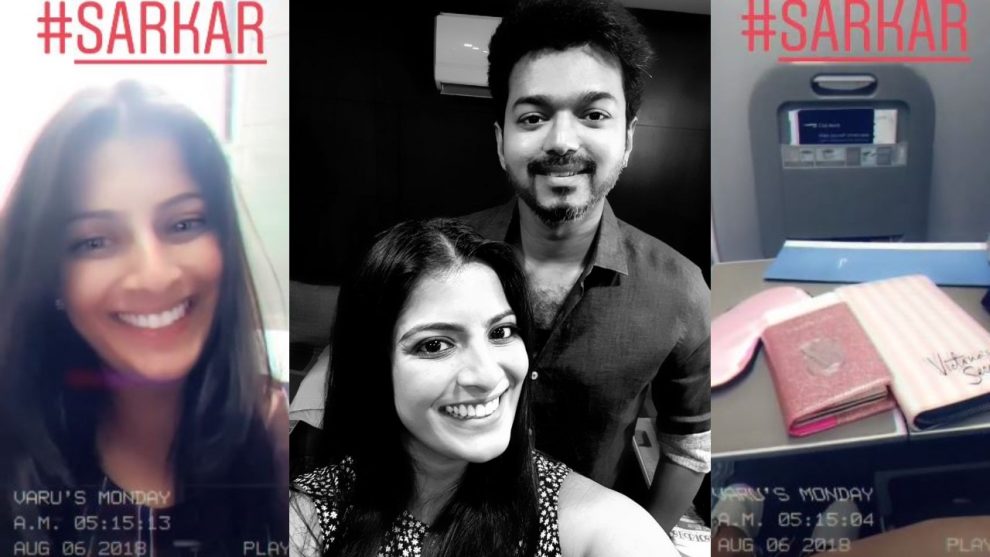 Thalapathy Vijay’s Sarkar has been making headlines in tinsel town since when it was announced. Directed by A.R. Murugadoss, Sarkar stars Vijay and Keerthy Suresh in the lead. Other cast members include Radha Ravi, Varalaxmi Sarathkumar and Yogi Babu.

Varalaxmi has been giving fans occasional glimpses into the world of Sarkar and her latest post is a clear indication of where the team is headed next.

Varalaxmi has revealed that she is traveling to Vegas to shoot for Sarkar and has posted a video as well.

It is already speculated that Varalaxmi will be playing a negative role in the film and that she plays an NRI. Is this schedule likely to shoot for her NRI portions? Is Thalapathy Vijay too a part of this schedule? We will have to wait for the makers of the movie to confirm these things.

In the meanwhile, fans are gearing up for the grand release of their Thalapathy’s movie this Diwali. A.R. Murugadoss has been hinting on Twitter that the movie will hit screens on Diwali day.

Interestingly, Suriya-Selvaraghavan’s upcoming movie NGK is also set to hit screens this Diwali and this will be a major box-office clash in Kollywood.

Sivakarthikeyan’s next gets a massive addition
Guess which Bollywood star is likely to be a part of Kamal Haasan’s Indian 2?
Comment