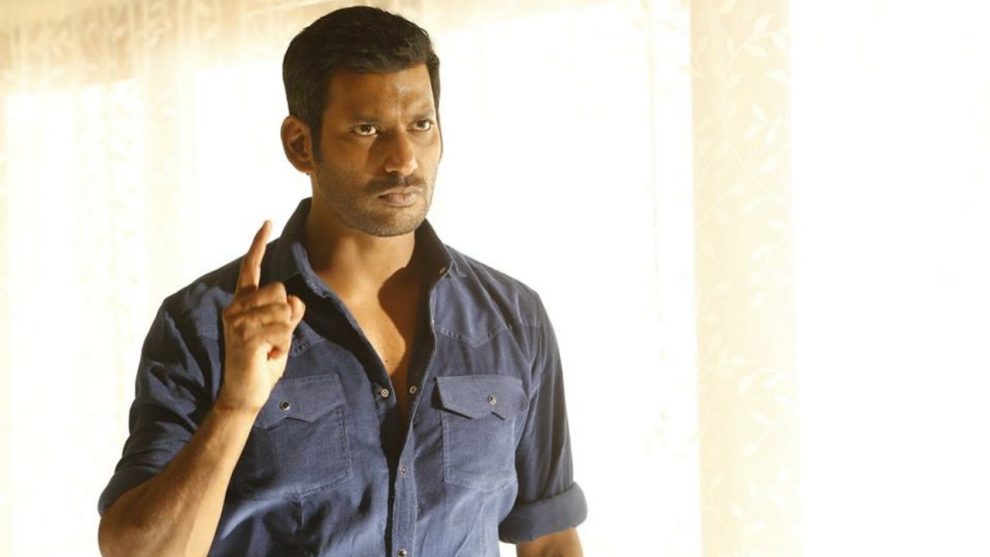 Earlier this month, Vishal had said that he will announce the release date of Irumbu Thirai. He had even requested media houses to refrain from spreading the wrong release date.

In a tweet, Vishal mentioned that there had been a miscommunication regarding the release date and the buyers had announced the date without the knowledge of the makers of the movie.

Vishal also said that an official announcement regarding the release date of the movie will be made after consulting with TFPC release regulation.

“Irumbu Thirai to release on May 11”, confirms Vishal

Now, Vishal has officially confirmed that Irumbu Thirai is indeed releasing on May 11. He has announced the news on Twitter and has also said that the movie will release simultaneously in Telugu. 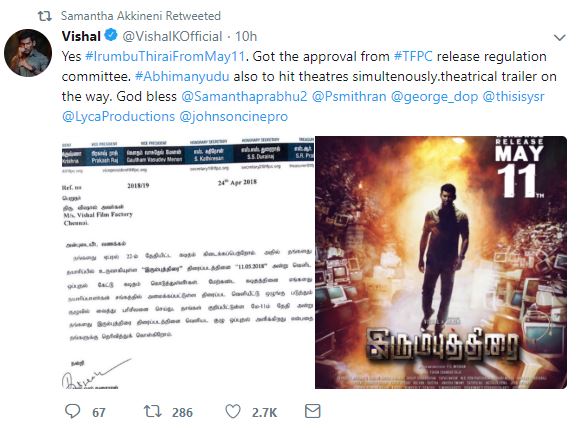 Directed by P.S. Mithran and produced by Vishal Film Factory, Irumbu Thirai has Vishal, Samantha and Arjun in lead roles. Vishal had earlier revealed the names of the lead characters and the movie is said to based on cyber-terrorism.