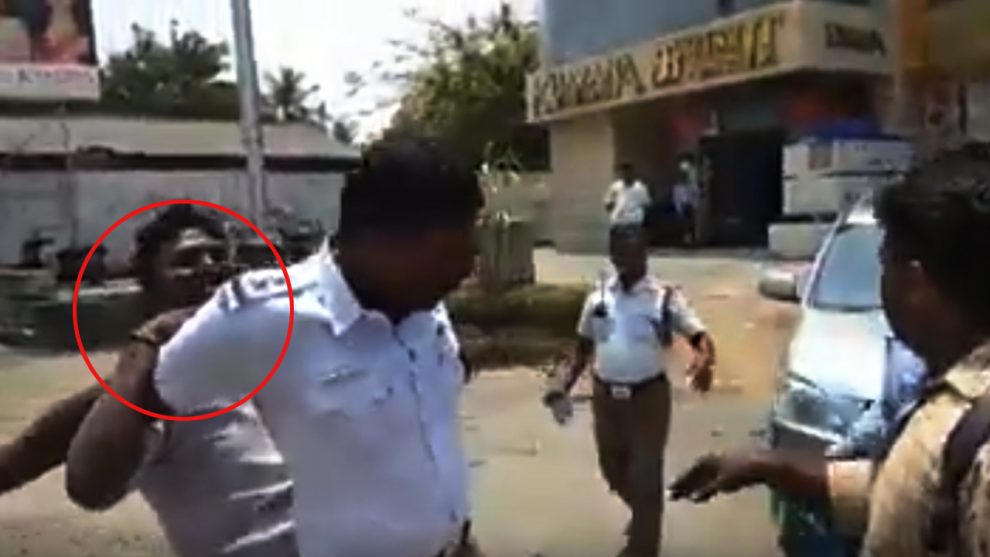 On Wednesday, a video surfaced on social media, capturing a brawl between a traffic personnel and a motorist. The video went viral on social media and it was being said that the traffic police manhandled the commoner for not paying a bribe of Rs. 100/-

In the video, a traffic police is seen pushing a motorist, who later binds the policeman from behind. Even as another police personnel intervenes, other motorists gather around and chaos ensues. One of the motorists is seen abusing the policemen, who in turn are seen asking them to leave the premises.

The entire incident has been captured on video by one of the motorists.

According to reports, it has been proven that the policeman had issued a receipt for the fine and a complaint has been filed against the motorist.