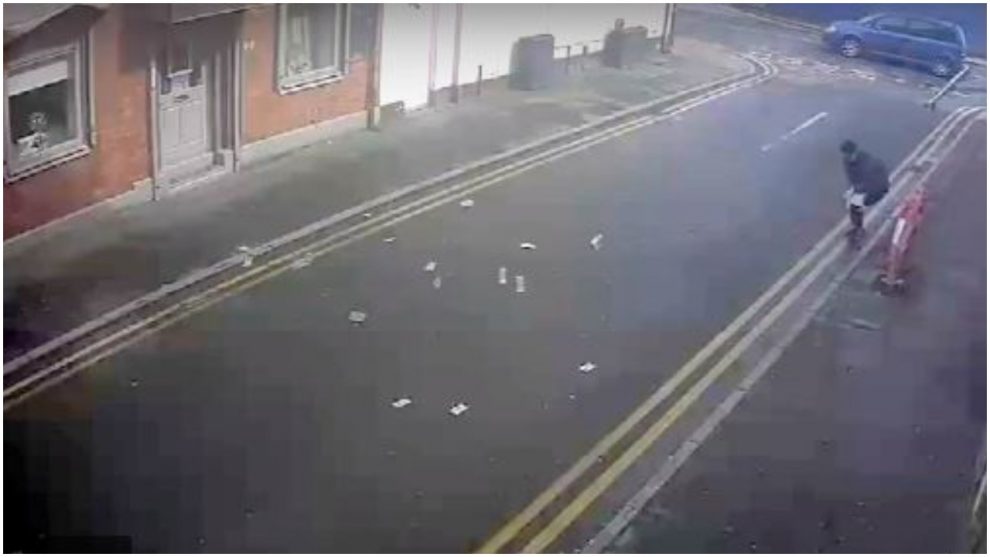 In what seems to be a play of fate,  two robbers from the UK have been caught on camera, trying to escape after looting cash. The footage shows the two thieves making a dash and a strong gust of wind blowing their cash away.

The footage was released by The Greater Manchester Police, who have termed this a ‘hapless robbery’.

According to their reports, two robbers have walked into a travel agency and have robbed them of their money. The duo stuffed the money into their pants. However, while making their way out, a strong gust of wind blows some of the cash away onto the streets.

As seen in the footage, one of the robbers attempts to catch the cash, but even as he tries, more cash falls out of his pocket.

It is as of yet unknown as to how much cash was stolen and how much was blown onto the street.

“Sri Reddy’s mother should be proud of what her daughter achieved” says this director
“…coming soon to TN audience..” tweets Karthik Subbaraj
Comment