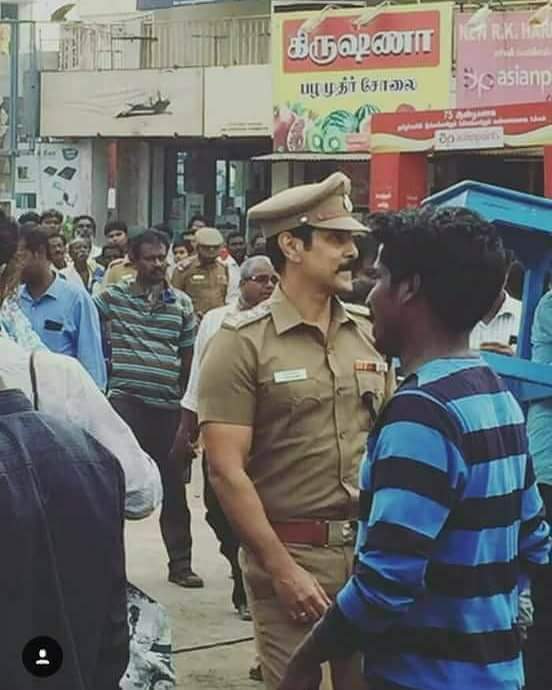 Actor Vikram’s upcoming movie Saamy Square, the sequel to the superhit cop-thriller Saamy, is one of the most anticipated movies of 2018. Directed by Hari, the movie’s shoot is progressing at a brisk pace.

Ever since the project started rolling, social media has been flooded with pictures leaked from the shooting location.

The recently leaked pictures reveal Bobby Simha’s character in the movie. Going by the pictures, Bobby Simha will be seen as Ravan Pichchai, one of the three sons of Perumal Pichai (Kota Srinivasa Rao), who played the antagonist role in Saamy.

Meanwhile, the statue from the location picture suggest that it’s been 29 years since the death of Perumal Pichai. This also hints that Vikram will be seen in two roles – as Aarusamy and his son.

Shibu Thameens is producing the film and Devi Sri Prasad is composing the music. While the prequel features Trisha in the female lead, Saamy Square will have Keerthy Suresh. Saamy Square is scheduled to release for Summer 2018.