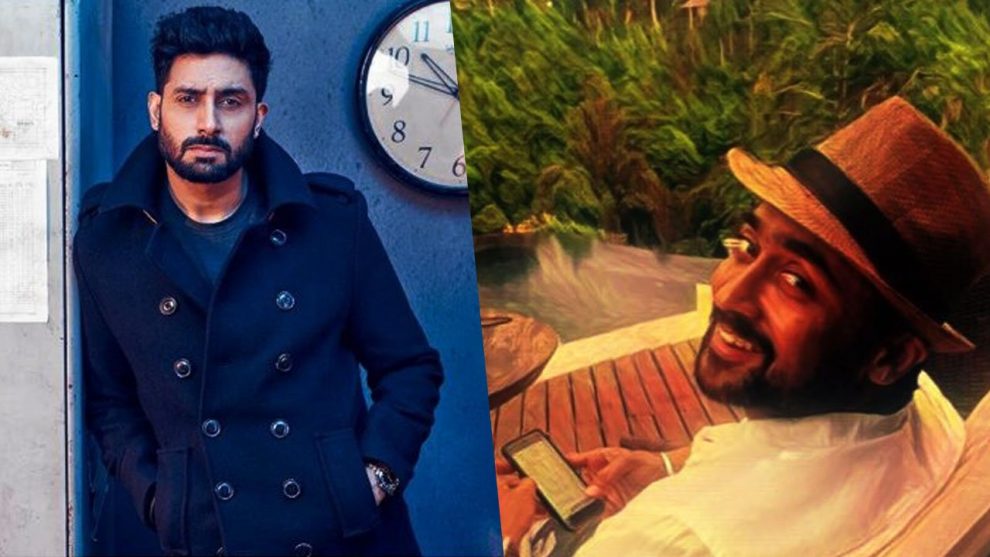 Actor Abhishek Bachchan is most popular for his role in Guru, alongside his wife Aishwarya Rai Bachchan. The movie was dubbed and released in other languages, including Tamil.

Interestingly, actor Suriya had given the voiceover for Abhishek Bachchan in the Tamil version of the movie.

In the year 2016, actor Vikram directed Abhishek Bachchan along with Suriya and other Kollywood actors in a musical tribute to Chennai city.

Suriya’s and Abishek Bachchan’s association seems to go way back and their recent tweets stand testimony to this. Abishek announced on Twitter that after nearly 2 years, he will be working on a new movie. Actor Suriya was quick to respond with good wishes to the Bollywood actor. In fact, Suriya has even referred to Abhishek as a brother.

It’s been just over 2 yrs since I faced a film camera… A new journey, a new film begins today. Need your good wishes and blessings. #Manmarziyaan #TakeTwo

On the work front, actor Suriya is busy working on his next movie with Selvarghavan. Popularly referred to as Suriya36, the movie also stars Sai Pallavi and Rakul Preet in the lead. Incidentally, the producer of the movie revealed that the mass hero will be essaying a double role in the movie.

Following this, he has also signed another movie with director KV Anand.

Virat Kohli is all praise for wife Anushka
Will you let me age gracefully? Amala Akkineni’s emotional post
Comment