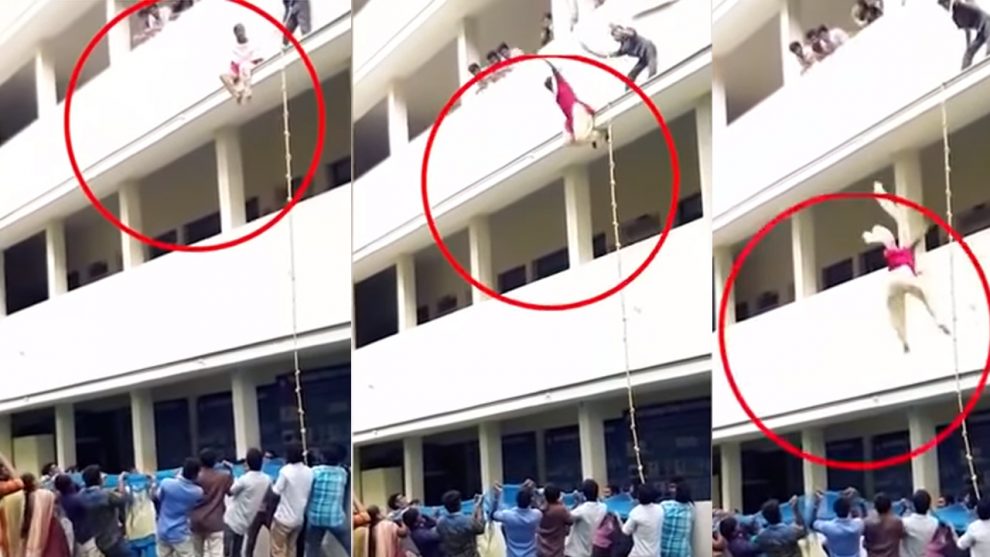 In a chilling incident in Coimbatore, a safety drill conducted went horribly wrong, leading to the death of a 19-year-old student in the college.

According to multiple reports, the girl was made to jump from the second floor to the ground where fellow students held a net, in the hopes of catching her. Unexpectedly, the girl hit the sunshade in the first floor and fell motionless on the net.

Reports also say that she was rushed to the hospital, only to be pronounced dead on arrival. The girl had suffered fatal head injuries and could not be saved.

The latest we hear about the incident is that a case has been filed against the trainer and he has been taken into custody.