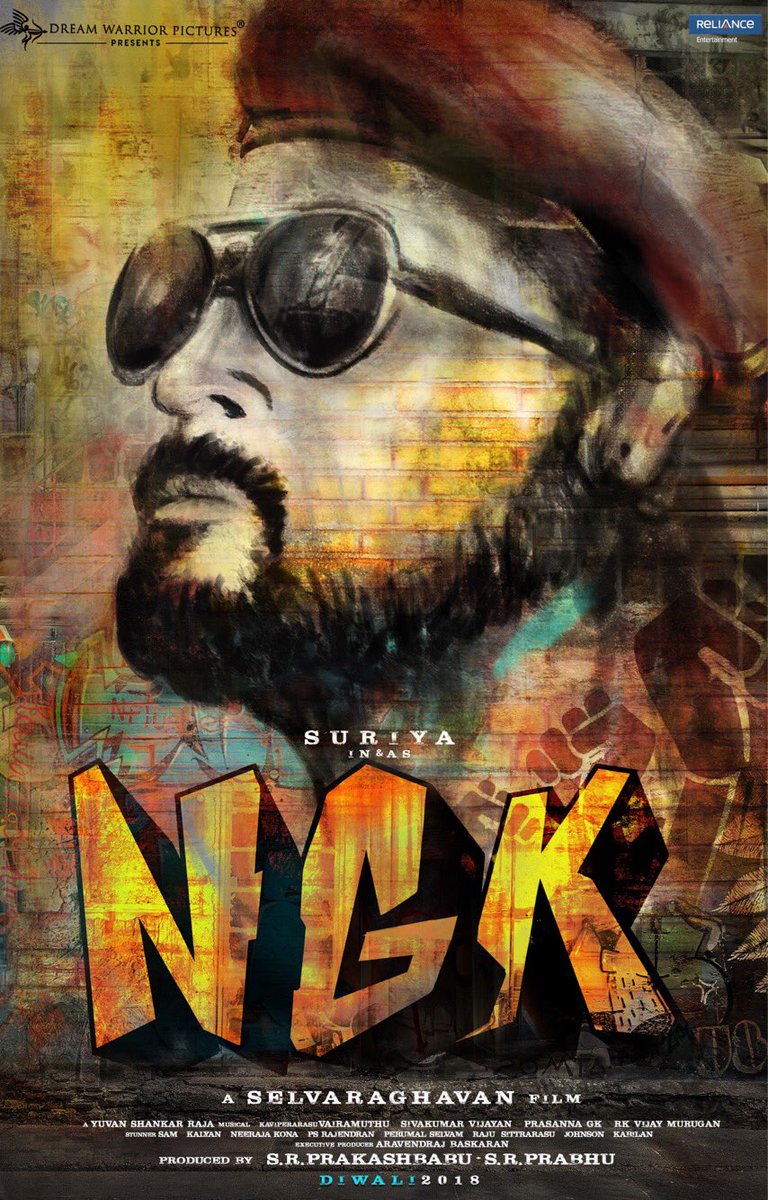 Since its announcement, Suriya 36 has been making headlines for all the right reasons. Soon enough, the makers gave the audience updates on the cast and crew of the movie.

It was revealed that Suriya will be seen in a double role in the movie and Sai Pallavi and Rakul Preet will play the female leads. The Yuvan- Selvaraghavan combination has worked magic before and the team is getting ready to deliver yet again with this movie.

In a recent announcement, Selvarghavan revealed that the first look and title of the movie will release on March 5th at 5 p.m.

While fans went haywire with excitement, the first look sure set the bar high for the movie.

The first look and the title of this much-awaited movie is out finally and it has proved to be worth the wait! The first look features Suriya in a cool and rugged avatar, sporting coolers and what looks like a scarf around his head. It is also revealed that the movie will be called NGK, wherein Suriya plays the role of NGK.

Suriya also has a full grown beard and what looks like a pierced ear. The first look is powerful enough to evoke anyone’s interest.

“Here it is..hope you all like it.. Thanks for the wishes sir. #NGKdiwali2018 #Suriya36″ said director Selvaraghavan, confirming that the movie is releasing for Diwali.

Apart from this movie, Suriya will also be seen in a new movie with director K.V. Anand. The year seems to be on a high for Suriya.