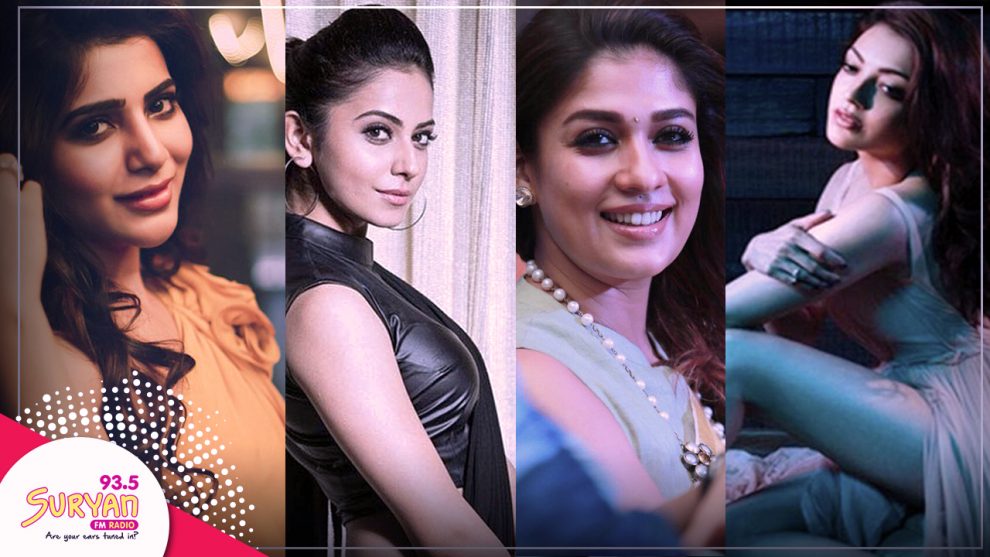 Owing to the TFPC strike, the Tamil film industry has now come to a standstill. Many movies have had to stall their shoot temporarily. Only certain movies, including Vijay’s Thalapathy 62, were allowed a certain grace period to shoot, after which these movies too have been stalled.

Notably, Thala Ajith’s Viswasam was set to begin on March 21 and is now on hold owing to the strike. With no Tamil movies being shot, leading female stars of Tamil cinema are now working on wrapping up their commitments in other languages.

What are your favorite female stars are working on?

Lady Superstar Nayanthara, who will be seen alongside Ajith in Viswasam, is now shooting for her next Telugu film Sye Raa Narasimha Reddy, alongside Chiranjeevi. In Tamil, she will be seen in Kolamaavu Kokila, Imaikaa Nodigal, Kolayuthir Kaalam and other movies, apart from Viswasam.

Actor Samantha has finished working on the Tamil films Irumbu Thirai and Seemaraja. The talented actor’s Rangasthalam (Telugu) is running successfully in theaters now. Only a few days earlier, her husband Naga Chaitanya revealed on Twitter that the duo will be sharing screen space in an untitled Telugu movie. Apart from that, she will also be seen in the Savitri biopic Mahanati (Telugu/Tamil).

Keerthy Suresh, who has Thalapathy 62, Saamy 2 and Sandakozhi 2 in her kitty, will also be seen playing the lead role in the Savitri biopic Mahanati.

Rakul Preet Singh will be working with Suriya on the much-anticipated NGK and with Karthi and Sivakarthikeyan in two other movies. Interestingly, she is also working in an untitled Bollywood film alongside Ajay Devgn.

Last on our list is Kajal Aggarwal. She was last seen with Thalapathy Vijay in the blockbuster film Mersal. She just had 2 releases in Telugu- Awe and MLA, both of which are performing briskly at the box office. In Tamil, she is working on Paris Paris, a remake of the Bollywood film Queen.

TFPC strike: Committee for welfare of film industry to be set up
Petrol price hits a 4 year high
Comment