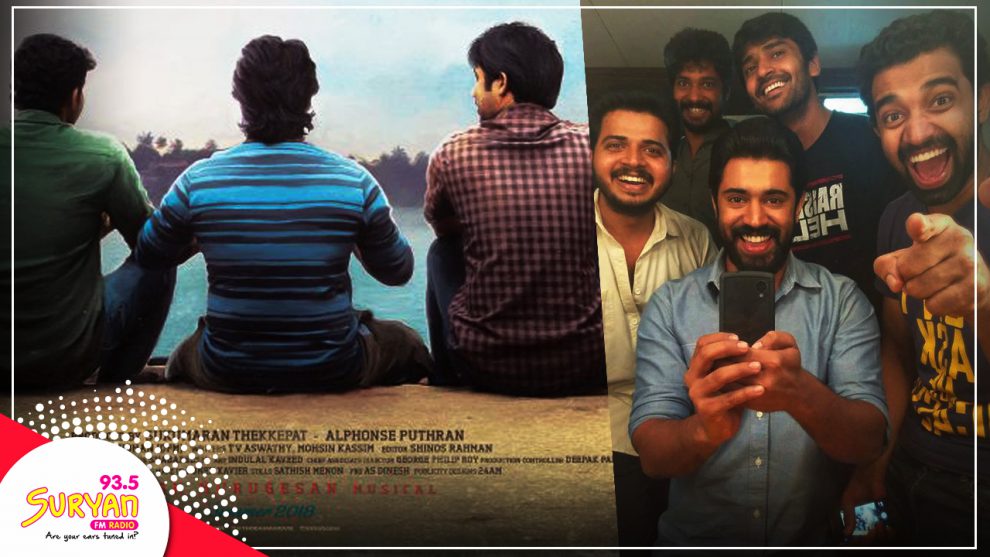 Director Alphonse Puthren, known for his films Neram and Premam, has announced his next project titled, Thobama. Interestingly, Alphonse is trying his hand at production this time with the upcoming venture which will be directed by Mohsin Kassim.

The first look poster of the movie was released on Wednesday.

Touted to be a youth-centric film, the movie will see a reunion of the Premam gang, including Siju Wilson, Krishna Shankar, Sharafudheen and Shabareesh Varma. The movie will also feature Sreelekshmi, Rajesh Sharma, Raffi, Vanitha and many others in important roles.

The movie has been scripted by T.V. Aswathy and Mohsin Kassim. The cinematography is by Sunoj Velayudhan and editing by Shinos Rahman. Rajesh Murugesan, who delivered several hits including the Premam songs, handles the music department for the upcoming venture as well.

Actor Nivin Pauly, who played the lead role in Alphonse Puthren’s Neram and Premam, shared the first look poster of Thobama on his social media pages. As Nivin Pauly and Alphonse Puthen have done some great works together, we wonder if Nivin Pauly will be working on this film with the director too.  Let’s wait and watch!

Meanwhile, Alphonse Puthren’s next directorial is expected to go on floors soon. The director has not yet spilled the beans about the cast members of his new Tamil movie, which be will be a musical entertainer. More details regarding the project are expected to be announced soon. Stay tuned.