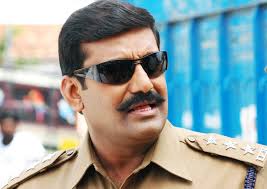 Napoleon was introduced to the film fraternity by director Bharatiraja. Hailing from Trichy, the actor was previously known as Kumaresan. It was Bharatiraja that chose the name ‘Napoleon’ for him.

According to reports, Napoleon said the name was chosen because Bharatiraja saw ‘Hollywood material’ in him. Nearly a quarter of a century later, his words have taken form. The actor who now lives in Nashville, USA, is all set to make his Hollywood debut. He has bagged a role in the movie “Devil’s Night: Dawn Of The Nain Rouge”, directed by Sam Logan Khalegi. Interestingly, Khalegi also has an Emmy nomination to his name.

Napoleon plays the role of a museum curator in the movie. According to reports, the movie is a thriller and supernatural story, based on a true event. The movie also marks the acting debut of popular rapper Eminem’s brother, Nathan Mathers, and has music composed by well-known playback singer Devan Ekambaram.

It has come to light that the role was offered to Napoleon by his friend who is also one of the producers of the film.

According to reports, Napoleon moved to the U.S. for his firstborn son, Dhanush, who has been diagnosed with muscular dystrophy.

Napoleon, who still appears in many south Indian movies, is in the software business in the U.S. He has also completed shooting for Malayalam film Aiyappaninda Magan Nachiyappan where he plays the lead along with actress Kausalya.