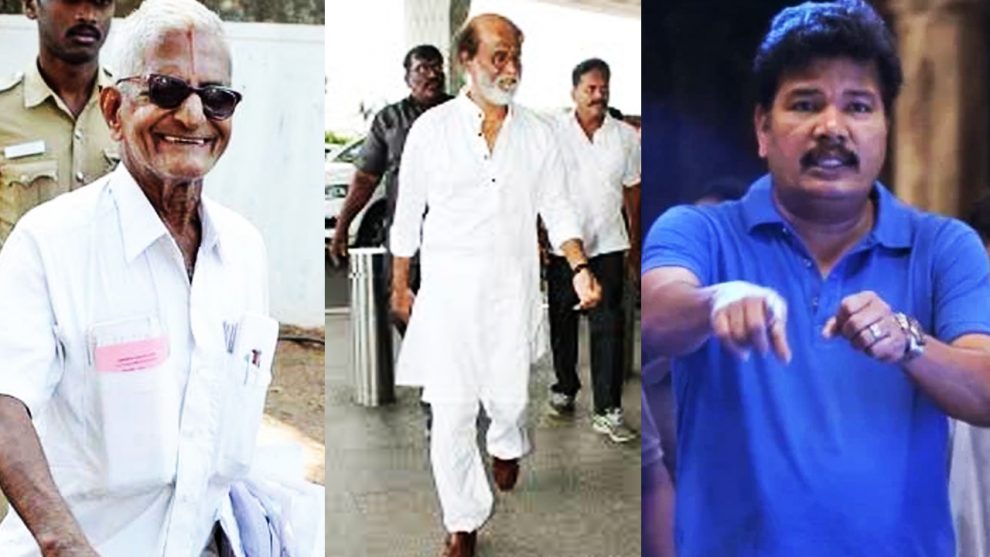 Director Shankar on Monday revealed that he wanted to rope in actor Rajinikanth for a biopic on social activist Traffic Ramaswamy. Speaking at the audio launch event of the movie, which has S.A. Chandrasekhar playing the role of the activist, he said, “Traffic Ramaswamy is an inspiring figure. There’s a lot of heroism in what he does. Even I wanted to do a movie based on Traffic Ramaswamy’s achievements.”

Drawing parallels with this movies, the ace director said, “Traffic Ramaswamy is an Indian who didn’t use violence. He’s an older version of ambi from Anniyan. I’ve always thought about doing a movie on him. I even imagined Rajinikanth playing the role of Traffic Ramaswamy.”

‘Lost an opportunity to make the biopic’

The director also heaped praise in S.A. Chandrasekhar, saying he has a great screen presence. “I will definitely watch the movie,” he added.

“When I heard his biopic was being made, I felt like I had lost an opportunity. But once I realized that S.A. Chandrasekhar was playing the role, I was elated. I pray that the movie goes on to become a big hit,” he concluded.

Dubai-based company to redevelop Dharavi slum
Is wedding on the cards for Deepika Padukone and Ranveer Singh?
Comment