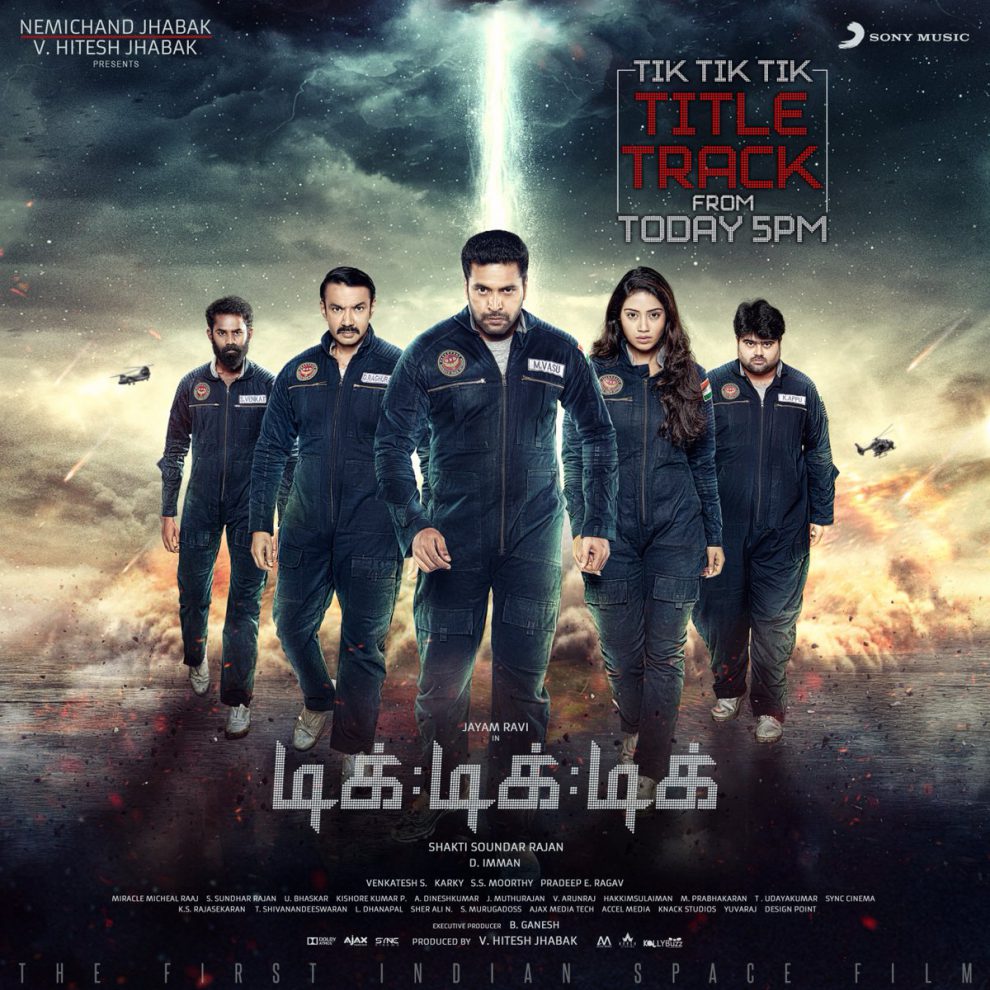 The title track of the upcoming Jayam Ravi-starrer Tik Tik Tik is all set to be released at 5 p.m. on Monday The film is set to hit screens on January 26, 2018, Republic Day. The teaser of the film opened to positive reviews on Day, August 15, 2017.

With music composed by D. Imman and lyrics penned by Madhan Karky, fans are set to get an ‘out of the world’ experience (no pun intended). Yuvan Shankar Raja, Yogi B, and Sunitha Sarathy have lent their voices to the title track. The clock just started ticking for team Tik Tik Tik and Suryan FM wishes the team all luck.