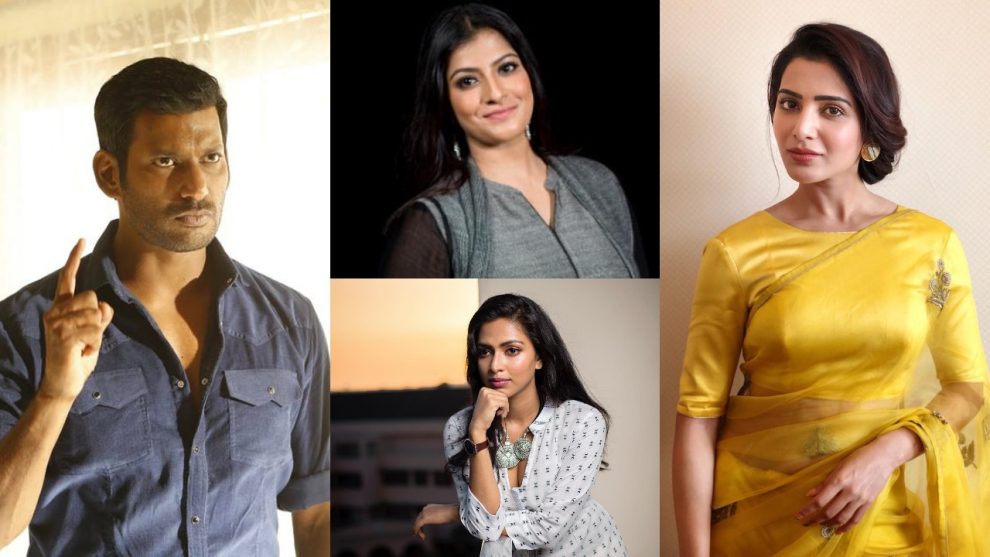 The #MeToo movement is trending on a large scale in India and several women are reporting their encounters. Many Kollywood celebrities including Chinmayi, Siddharth, Varalaxmi Sarathkumar, Samantha and Kajal Aggarwal have declared their support.

Now, actor and TFPC president Vishal has issued an official statement regarding the same on his Twitter handle.

In his tweet, Vishal has said that a committee will be formed to protect women in the industry. Actress Amala Paul has responded to his tweet saying “Thank u @VishalKOfficial for supporting my action&standing by my side at my hour of need.For me u have championed the role of Tamil Actor’s union GS by forming this committee! My request to all women from all fields to come&speak up of their ordeals &make the best of #MetooIndia (sic)”.

Earlier, Samantha and Varalaxmi had expressed their support for the movement.