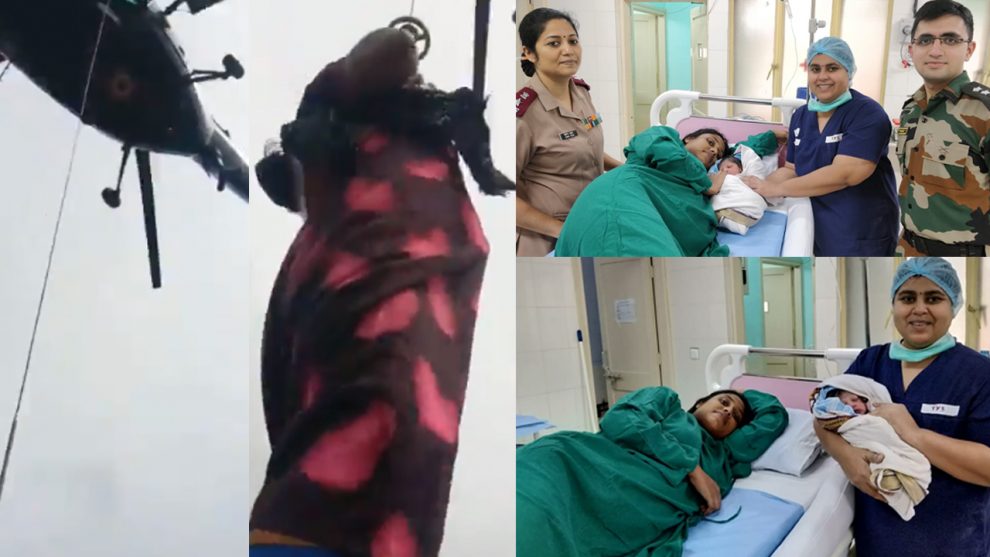 On Friday, a video of a pregnant woman, wearing a harness, being airlifted from a flood-hit area in Kerala was doing the rounds on social media.

The video of the rescue operation was posted on the Indian Navy’s official Twitter handle and has been widely shared on social media.

A pregnant lady with water bag leaking has been airlifted and evacuated to Sanjivani. Doctor was lowered to assess the lady. Operation successful #OpMadad #KeralaFloodRelief #KeralaFloods2018 pic.twitter.com/bycGXEBV8q

The naval team managed to rescue the woman and rushed her to the hospital.  Later the day, Indian Navy’s official Twitter handle shared pictures of the lady and her newborn.

The young lady and her new born son both are doing fine. God Bless them pic.twitter.com/ysrh1DVUx6