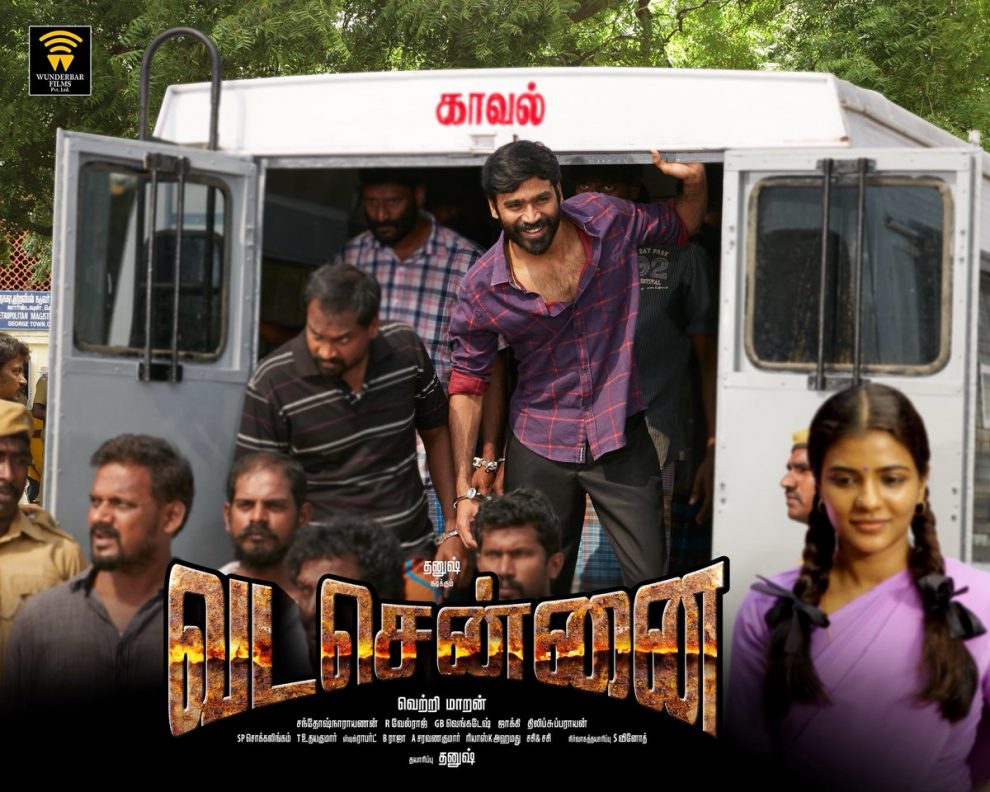 Vada Chennai translates to North Chennai and is an upcoming Tamil movie, directed by Vetrimaran. Touted to be a trilogy, the movie is said to revolve around the life of people living in North Chennai. The film is being bankrolled by three major producers- Lyca Productions, Wunderbar Films, and Grass Root Film Company.

Starring Dhanush, Samuthirakani, Aishwarya Rajesh and Andrea in the lead, the movie has been in the news since 2009 and will most likely see the light of the day this year.

According to reports, Dhanush plays the role of a national level carrom player. Further reports say that actors Vijay Sethupathi and Samantha were approached for the movie. They both later opted out of the movie citing different reasons.

Just a little while ago, Wunderbar films, the producers of the movie announced on Twitter that the first look of the movie will be out shortly.

Dhanush had also tweeted yesterday saying that the first look of the movie will be released at 10 a.m. on March 8.

“#vadachennai first look will be released tom morning at 10 am. #அன்பு (sic.)” he had said.

Check out the first look here-

In the poster, Dhanush is seen inside a police van, with handcuffs. Female lead Aishwarya Rajesh looks like a cute small-town girl, her lips quivering with a slight smile.

Contrary to the tense situation around, Dhanush seems perfectly at ease getting arrested and his only focus seems to be on his lady love as he smiles at her from inside the van.

Dhanush also made a character revelation from the movie by announcing that he plays the role of a man called Anbu.

If anything, the first look has aroused the interest of many and this movie is likely to be worth all the wait.

Move over soup boys, here’s a song for ‘clear soup girls’
OFFICIAL: Naga Chaitanya and Samantha to pair up once again!
Comment