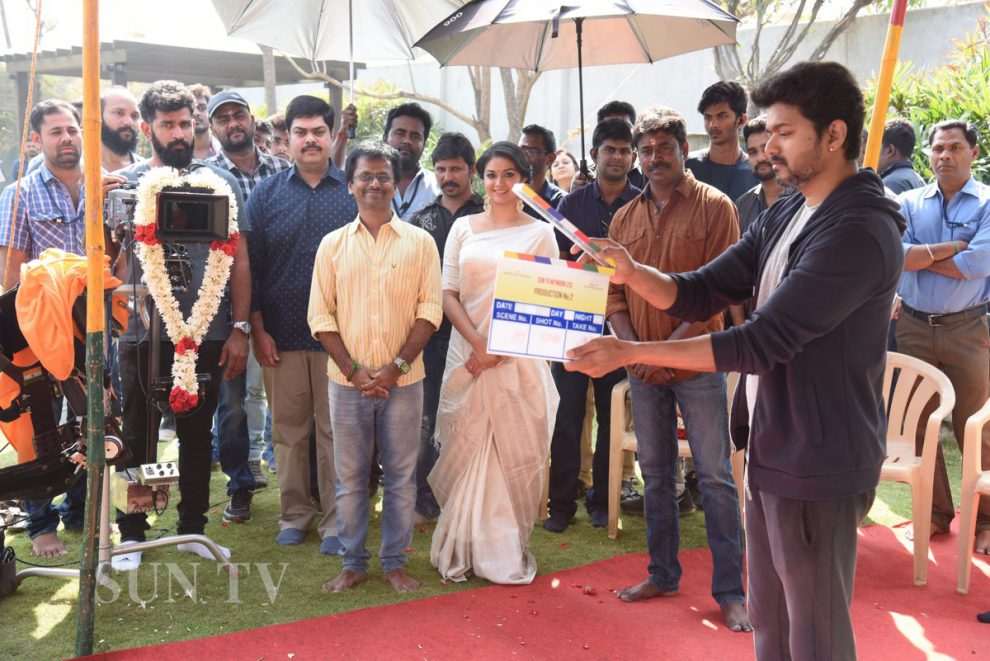 Actor Vijay’s 62nd movie directed by AR Murugadoss is one of the most anticipated movies of 2018. The movie was launched on January 19 at Chennai with a small pooja.

The yet-to-be-titled movie, production no: 2, Sun Pictures- unit of SunNetwork Ltd, features Keerthy Suresh in the female lead. The movie marks the second association of the actress and Vijay after the superhit Bairavaa.

AR Rahman will compose music for the upcoming project. AR Rahman-Vijay combo is back for the 4th time after Udhaya, Azhagiya Tamizh Magan and the recent super hit Mersal. On the other side, the blockbuster combo, AR Murugadoss, and Vijay are uniting for the third time after Thuppakki and Kaththi.

Coming to the technical department, Thalapathy 62 will have the editing handled by Sreekar Prasadh and Girish Gangadharan handling the camera department. As reported earlier, popular writer Jeyamohan is the dialogue writer for the movie.

Even before the movie launched, director AR Murugadoss tweeted “happy Deepavali guys”, hinting that it will be a Diwali release.  Earlier too, the director had announced the release dates of his Vijay films – Thuppakki and Kaththi – in a similar style. Coming from a hit-making combo, the movie has already built a high expectation around the new project.

“My next big announcement will be out shortly”
Year of sequels in TAMIL cinema!!!
Comment